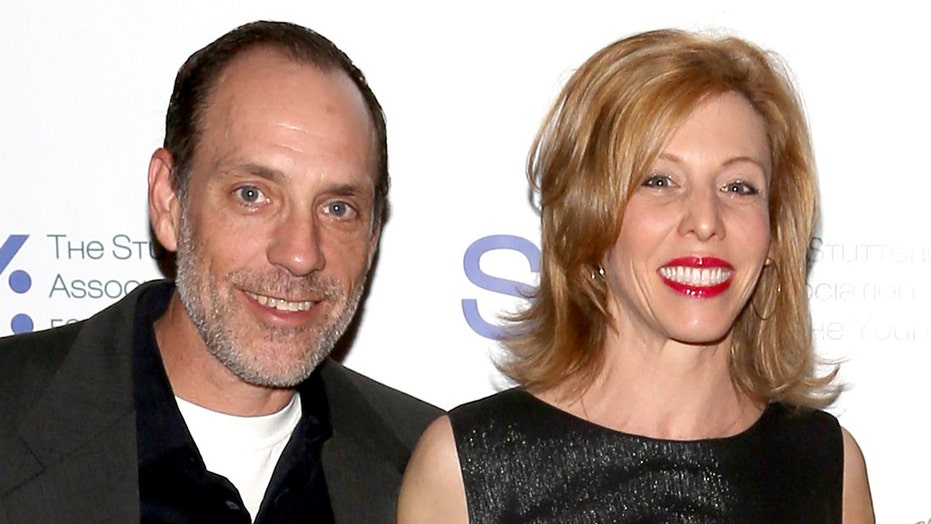 Maddie Corman’s husband was caught with child sex abuse images — and yet she stood by her man.

In 2016, TV director Jace Alexander, best known for his work on “Law & Order,” was sentenced in New York to 10 years’ probation on child pornography charges.

Jace Alexander of Dobbs Ferry, N.Y., the only son of actress Jane Alexander, was accused of promoting the video – depicting a girl about 12 or 13 years old – by making it available for viewing in late June on the Torrent network, according to a criminal complaint. (Westchester County District Attorney)

Alexander had directed more than a dozen episodes of “Law & Order” since the mid-1990s. He also did work on “The Blacklist” and “Rescue Me.”

The 49-year-old actress told The Times of London Wednesday that she stayed with her husband because she didn’t want her children to grow up without a parent.

“I had no interest in having my kids grow up with a parent as long as he was willing to get help and be the best person he could,” said Corman. “And, again, I’m aware that decision does not sit well with some people. I wish I could tell you that that doesn’t upset me, but it does. I don’t like having to defend that choice. And I don’t love having my kids potentially read that.

Corman insisted that she never worried about Alexander hurting any of their three children.

“I did not personally worry that he would or had ever hurt the children,” said Corman. “I know that some people think I am crazy or a monster and that’s not been fun to read. I have zero desire to hear about [his] guilt and shame. I think in some ways it would be easier to do a show where I come out and say, ‘I got rid of the bum and here I am,’ but that’s not my story. My husband was never going to stop being the father of my three kids.”

Corman decided to do a monologue show about her ordeal, where she revealed the couple are still married. The play, “Accidentally Brave,” opened last month at the DR2 Theater in New York City and is currently running until July 14 of this year.

Back in March, Corman told The New York Times she wrote the play to further explore how she dealt with the horrific scandal. Corman shared that rehab, an ongoing 12-step program, couples therapy and in-depth discussions were essential to keep the marriage going.

Alexander is currently producing a documentary about “the destructive forces of pornography.”

“You’ve had the worst thing you’ve ever done exposed to the entire world,” Alexander told the newspaper. “It was incredibly painful and incredibly destructive, but it allowed me to reinvestigate the way I lived my life.”

Corman revealed that when police first made it clear about Alexander’s crimes, she immediately vomited. Alexander admitted to his spouse that he needed help and swore he never touched anyone. Corman said she punched him, sobbed and then called her children to reassure them that everything was going to be OK.

Corman said she wanted her play to focus on “my own messy truth” and not the details of her husband’s crimes or what may have led them there. She said Alexander is supportive of the project but has not read the script. She admitted to still working through deep feelings of betrayal and experiences flashbacks.

Still, Corman hopes her story will help someone whose own life is turned upside down.

“I wouldn’t wish what happened to me or my kids on anyone,” said Corman. “But the way that I feel, and honestly the way that my husband feels, is that when we keep things in the dark, that’s when shame and pain actually grows. Our family didn’t just stop being because something terrible happened.”