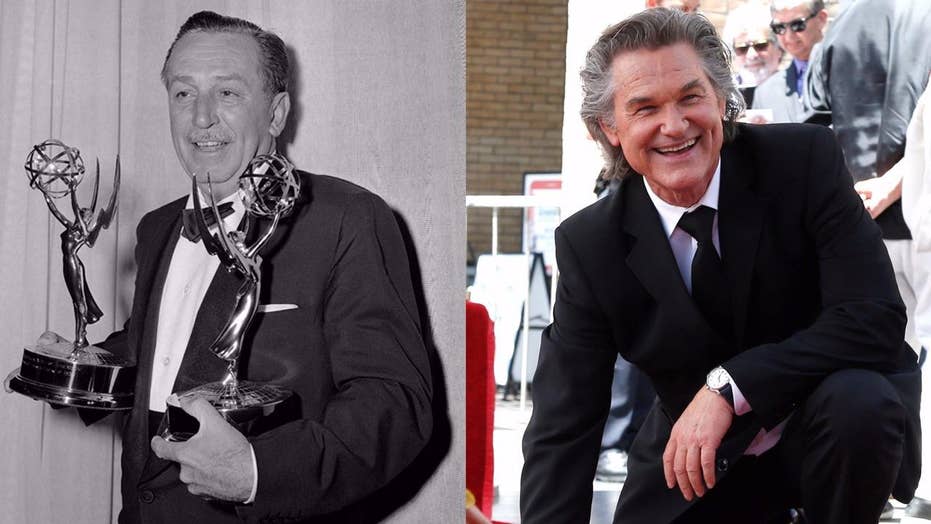 Fox411: As a child actor, Russell got career advice from an unlikely mentor, Walt Disney himself

Before he was Snake Plissken, Kurt Russell was a child actor looking to make it big in Hollywood — and the person who gave him advice was none other than Walt Disney at his studio.

“What I learned at Disney was how to make movies, and I learned that from Walt,” the 66-year-old told the magazine Disney Twenty-Three, as reported by People Magazine.

Russell got his start in Hollywood on a 10-year contract with the Walt Disney Company in the 1960s.

“Mr. Disney took me around and introduced me to many of the animators,” recalled Russell. “I look back on it now and I realize I was this kid, and he was taking the time to pick my brain, because I think that was an important thing for him to do with young people.

"And in return, I got to listen to him talk about arcs of movies and characters. The process of building an audience’s expectations. The process of creating a character that the audience really cares about and attaching it to life, so that we can all relate to it. So, in that regard, I was getting lessons that I had no idea I was getting.”

However, Russell had another passion he wanted to pursue -baseball. He told the publication that at age 13, he once left the set early to attend a game. When he came back, Russell was expected to be scolded by his mentor.

“I’m wondering how much trouble I’m in,” recalled Russell. “[But] Everyone is nice. The crew is great.”

Disney eventually appeared on set and taught the young actor another life lesson on finding balance as a Hollywood actor.

“And here comes Walt Disney,” said Russell. “And I thought, ‘Oh-oh.’ And he came over and he said, ‘Well, young man, I hear you got the game-winning hit. Way to go! Have fun today, guys.’ And it was from that moment on, I knew that guy was cool. He got it.”

Disney died at age 65 in 1966 from an acute circulatory collapse. The New York Times reported a month prior to his death, Disney had surgery to remove a lung tumor that was discovered after he was treated for an old neck injury he suffered during a polo match.

Russell went on to pursue a lasting Hollywood career. This year he completed two films, “The Fate of the Furious” and “Guardians of the Galaxy Vol. 2.”