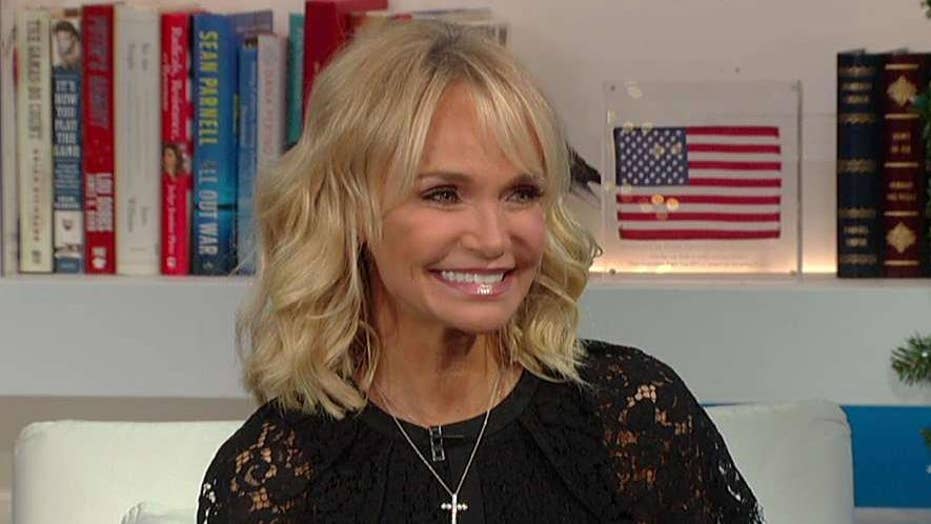 Kristin Chenoweth is sharing her experience as a Christian in Hollywood.

The actress sat down with "Fox & Friends" on Monday to discuss her upcoming Christmas special and also opened up about her faith.

"I'm a Christian person and I never thought that was different or interesting at all until I moved to New York and started understanding that there are a lot of people with a lot of faiths," said Chenoweth, 51.

DARLENE LOVE TO APPEAR ON 'THE VIEW' AFTER NBC SPAT, TELLS FANS TO WATCH AND 'PUT ASIDE YOUR POLITICAL VIEWS'

"It's been an interesting journey being in show business and being a Christian," the Broadway star admitted. "I'm an LGBTQ activist and sometimes that doesn't always go together, you know? But, I just keep trying to say, 'What would Jesus do?' and that's the way I live my life."

Chenoweth is perhaps best known best for her performance as Glinda in Broadway's "Wicked," but she's also made waves in Hollywood, earning Emmy nominations for her work in "Pushing Daisies" and "Glee."

"I'm not perfect, I mess up a lot," said Chenoweth. "But, I'm certainly glad I have my faith."

Chenoweth's Christmas special, which is slated to air Dec. 16, is the 16th annual "Christmas with the Tabernacle Choir," where she'll perform holiday classics.

"I think (performing with the Tabernacle Choir) is kind of a right of passage for a lot of artists," Chenoweth said. "I look at the people who have come before me and done it and I'm like, 'I want to... do it."

"It's 200 singers behind me and 175 orchestra members and the musicianship at the Tabernacle is at the highest level and some of the best music that I've been a part of," she said of the upcoming special. "I'm very, very proud of it. And, you know, just because we don't exactly believe everything the same, the Mormons and I, I feel like music is such a unification thing and we move forward through the music."

Chenoweth also could be seen in her new Hallmark Channel Christmas movie, "A Christmas Love Story," airing on the network throughout the season.