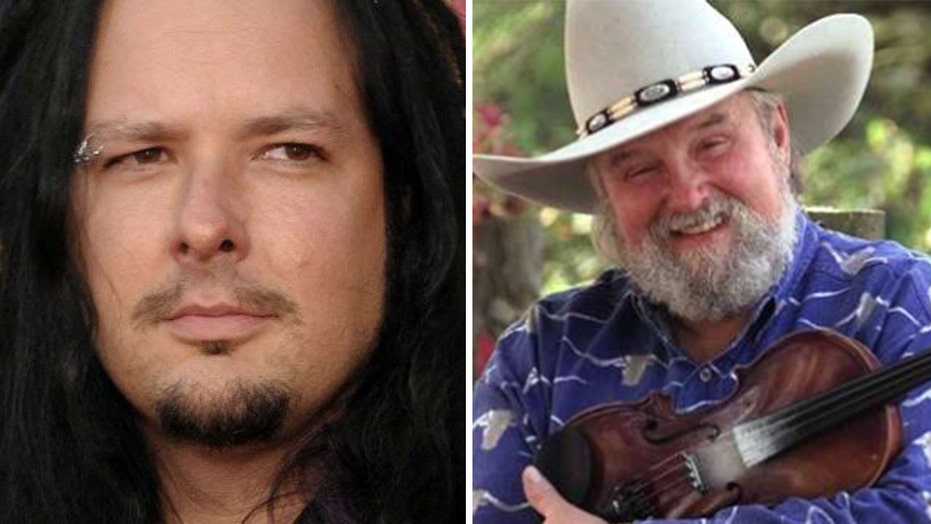 Korn released a cover of Charlie Daniels' 1979 hit "The Devil Went Down to Georgia" just weeks after the country icon's death.

The band made the announcement through its Bandcamp website on Tuesday, noting that the song's release is in Daniels' honor.

"We're very excited to bring you our cover of the late, great Charlie Daniels' infamous track, 'The Devil Went Down to Georgia.' Charlie left a musical legacy that goes beyond just one genre, and we want to honor his talent and influence with our own rendition of this song," the band said.

Nu metal band Korn is honoring the late Charlie Daniels with a cover of one of his monster hits. (AP)

The song features artist Yelawolf and can be purchased through the website for $2. One hundred percent of the proceeds will be donated to a nonprofit organization called Awakening Youth, which "empowers young people who have lost regular interaction with a parent to life events such as divorce, addiction, death and more," the statement explains.

The country star died on July 6 at the age of 83. His cause of death was revealed to be a hemorrhagic stroke, a press release from his representatives said.

Daniels accumulated a slew of accolades and awards during his long career in music, including his induction into the Country Music Hall of Fame, the Musicians Hall of Fame and becoming a member of the Grand Ole Opry. He also won a Dove Award for gospel albums and a coveted Grammy Award for best country vocal performance by a duo or group.

“The Devil Went Down to Georgia” was No. 1 on the country charts in 1979 and No. 3 on the pop charts. It was voted single of the year by the Country Music Association.

“Few artists have left a more indelible mark on America's musical landscape than Charlie Daniels. An outspoken patriot, beloved mentor, and a true road warrior, Daniels parlayed his passion for music into a multi-platinum career and a platform to support the military, underprivileged children, and others in need,” Daniels’ representatives said in a statement following his death.

In addition to his music, Daniels was a major advocate for several causes that were close to his heart, including supporting the U.S. military with The Journey Home Project, which he founded in 2014 with his manager, David Corlew, to help veterans.