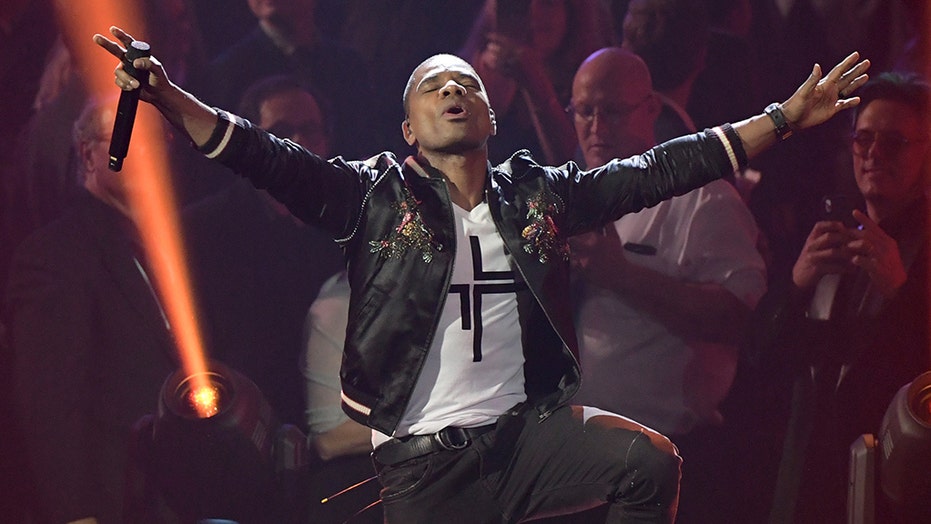 Grammy-winning gospel singer Kirk Franklin says he is boycotting the Christian music Dove Awards, the Trinity Broadcasting Network (TBN), and the Gospel Music Association "until tangible plans are put in place to protect and champion diversity," after part of his acceptance speech addressing police brutality was edited out.

After calling for prayers for a Fort Worth, Texas woman was killed by a police officer the weekend of the awards show, the "Love Theory" singer said history is repeating itself. A similar incident happened when he won the award in 2016 and was told he would not be censored again.

On Monday night he said he was "heartbroken" and felt like quitting after what happened on TBN.

"During that [2016] awards speech, I felt the responsibility as a Christian and a man of color, to address the civil unrest at that time that was plaguing our country with the killings of Philando Castile and Walter Scott, just to name a few, by white police officers, and at the same time the horrific killing of five Dallas police officers by an African-American," Franklin said in a video on Instagram.

"I called upon the audience to join me in remembering that as Christians when we say nothing, we're saying something," he recalled. "After a standing ovation, we prayed, stood in unity for all the families affected by those tragedies." That moment, Franklin said felt like a "shift in the climate of our separate worlds." But it was a moment that was edited out of the 2016 Dove Awards show.

Franklin feels an unfortunate sense of déjà vu in 2019 and is not standing for it. He said the goal of his boycott is "reconciliation as well as accountability," adding that he wants to hold those in leadership accountable for issues that have been in this country from "colonialism to Jim Crow."

While he said he isn't calling on anyone to join him, he has garnered support from Black Lives Matter activist Shaun King, as well as fellow artists Rapper Lecrae, Marvin Sapp, contemporary Christian artist Natalie Grant and an avalanche of other gospel and secular artists, Christian Post reported.

The Gospel Music Association said in a statement it's working toward addressing Franklin's concerns.

"We would like to publicly acknowledge that we are deeply apologetic for the missteps that happened relating to the editing of Kirk Franklin’s Dove Awards acceptance speech," said Jackie Patillo, president and executive director of the Gospel Music Association. "We accept the responsibility of our error. Although completely unintentional, we understand it caused great harm and deeply wounded many in the African American and Gospel community."