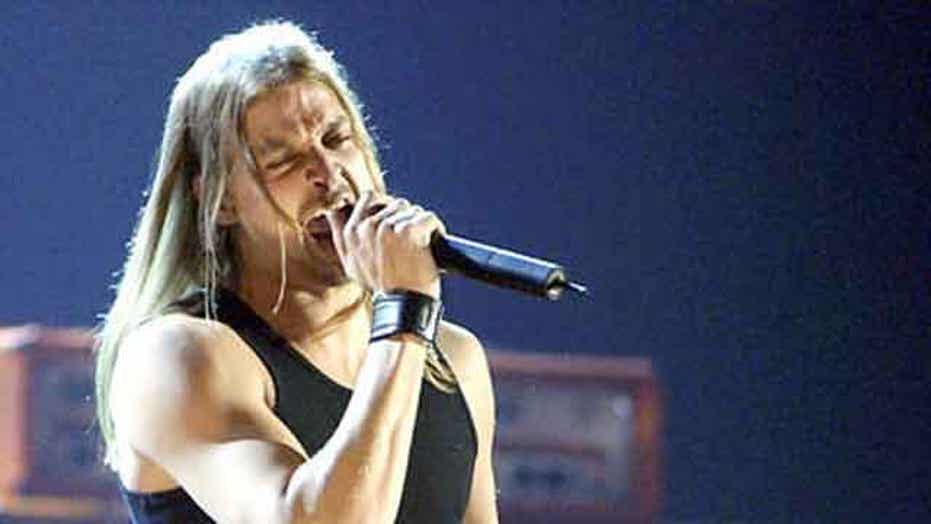 Kid Rock is taking his mix of hip-hop-southern-rock and country on the road and he’s offering fans a $20 ticket to join the party. The “$20 Best Night Ever Tour” kicks off June 28 and includes Kid Rock’s longtime friends Uncle Kracker and ZZ Top. He’s waiving an up-front guarantee to make this $20 ticket business model happen, a risky move which puts a lot of confidence in fan turn out. Luckily confidence is Kid Rock’s strong suit.

KID ROCK: It was a few years ago, I was watching the price of T-shirts sell at concerts for $35 to $40... Having a little T-shirt company “Made in Detroit” I’ve come to know what a true cost to get a piece of American made cotton made and sell it to the fans was really the cost of transporting costs and other costs fixed in, I said this is a rip-off. We have a per head number that we make every night. So I had banners made that said “F the economy.” All T-shirts are $20 and people responded… So I said “why couldn’t we do this with concert tickets?”  So I approached Live Nation about doing a $20 tour which everyone thought was a little crazy. Then I said no I’m not done there, then I want to do $4 12 oz. beers, cheap parking, Wal-Mart partnered up with us, you can get a ticket there with no service charge, so it’s $20 out the door.  If you go through Ticketmaster it’s $5 [more], I’m still not crazy happy about them charging 25 percent of the ticket price for their service I think that’s outrageous but we’re going to try to deal with that in the future... Just try to make it the most enjoyable experience for a very fair price.

FOX 411: How big a risk is it for you financially?

KID ROCK: The first part is I don’t take a guarantee… I said no, I'll set my own ticket prices, I won’t take anything upfront. I said but I want to be rewarded for getting people in there.  So when they do buy the beer and the popcorn and the hotdogs and the parking and my tickets and the T-shirts, we put that in a big pot and we'll split it up… All the fans have to do is know that they're getting a great deal.

FOX 411: A while ago talked about “slowing your roll” how’s that going?

KID ROCK: Well look, I’ve saved for a rainy day.  My son's going to start his third year of college this year. Why would I slow my roll?  I'm just getting warm. Isn't that what people wait for? Their 40s, kids are out of the house, let's rock and roll. I just had a really good warm up session.

FOX 411: Let’s talk about the concert cruise, why has “Chillin’ the Most Cruise” been a success?

KID ROCK: I’m not sure, I think it's just a testament to what great fans I have, they’re pretty hardcore and they enjoy to have a good time…. I’m accessible on it, I don’t sit in my room and hide the whole time. I think people know my spirit is real, it’s right, that there’s no falsity there, there’s none of that so I mean it’s just incredible. I think outside of just people coming to see me. I bring 12 of my favorite bands on there, whether they are DJs, whether it’s hip-hop, country music, rock and roll.

FOX 411: You're also very involved in your community, as well as in politics.

KID ROCK: The community I’ll always be involved in. I’ve just been blessed to be able to help people out… I’ll always do that. It’s win-win. I really believe it’s the old cliché, the more you give the more you receive. I’m living proof of that.

[As for politics,] if I would have known… I got into rock and roll to piss my parents off and the establishment around me.  If I’d have known politics did that so well, I would have gotten into it years ago. Man does it make people upset. Pisses them off way more than rock and roll could ever do.”

I thought Mitt Romney was a great guy. It was kind of mind-blowing how decent of a man he was and his wife Ann… I haven’t found too many politicians that I truly believe in like that.  I think I’ll leave that to other people. I know I don’t like seeing Bruce Springsteen go around and Jay-Z pump up their guy and I’m sure people don’t like it when I do it either. So, I think we should all make a pact like, we’ll play some music, and I tried to do that for the Romney thing. I tried to just play my songs and kind of stay out of it and show my support without running my mouth too much.