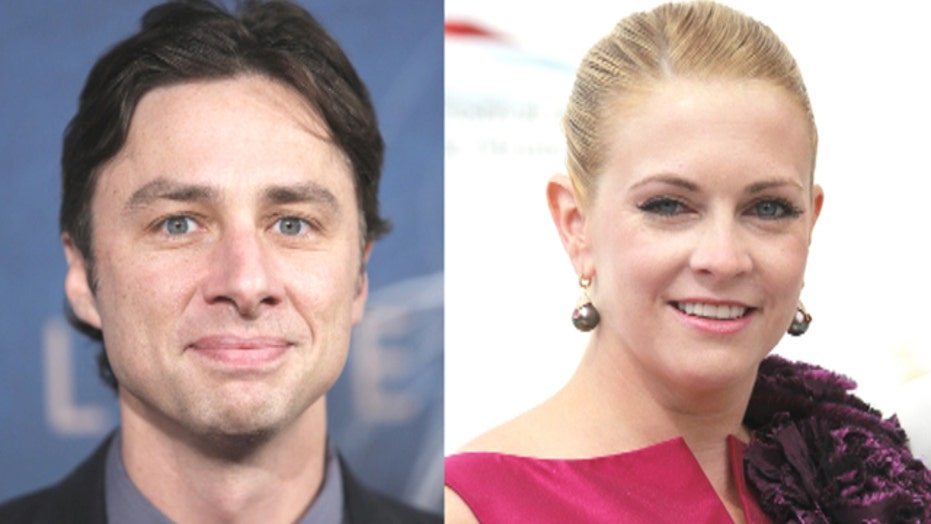 With the growing popularity of crowd-funding website Kickstarter, audiences no longer have to be fed only what Hollywood bigwigs want them to see, and aspiring filmmakers no longer need to wait around for studios to give them the OK.

“Producers, directors and writers fight on a daily basis with the studios and distributors to get their projects made. Kickstarter and other sites like it give the entertainment industry another option for funding,” J. David Williams, the President and CEO of Film Finance and Marketing company FilmCrest, told FOX411’s Pop Tarts column.

“Backers,” as they are called, donate money for a project, often rallying around friends’ ideas.

But while Kickstarter provides a powerful platform for any artist to defy what Hollywood studios want and bring a project straight to the fans, many argue the site is losing its credibility by allowing celebs with deep pockets to ask users for money. Critics say this practice is taking away funds from lesser-known movie makers.

In 2010, actress Lake Bell was one of the first known names to run a Kickstarter campaign requesting $8,000 to complete a short film. But three years later, scores of industry veterans are getting fans to fork up much more.

Earlier this year, prominent “Veronica Mars” producer Rob Thomas generated an unprecedented $5.7 million to make a movie version based on the hit television show and the forces behind “Wasteland” brought in almost $3 million for the “Wasteland 2” video game concept. Meanwhile, Zach Braff raised $3.1 million for the follow up to his “Garden State” flick, “Wish I Was Here,” insisting that the film needed fan funding so it can be a “smaller, personal [film] that didn’t involve signing away all your artistic control.”

Braff defended his decision to ask the public for money, claiming he intends to use “a ton” of his own cash as well and that people have “misconceptions about how much money [he has].” The actor reportedly has an estimated net worth of $22 million and was paid $350,000 per episode of his hit series “Scrubs.”

And while many argue it’s not right for rich celebs to ask fans for cash, others point out that the stars’ projects likely earn much more than other campaigns because the famous faces are attached.

“Do I think it’s fair? Maybe not, but I wonder if those dollars were ours to get anyhow. Would someone who donates $100 to ‘Veronica Mars’ really have given $100 to a 1909 film about monsters and cryptozoology? Probably not,” said graphic artist Miguel Ortega, who is currently asking for $50,000 to fund his period film “The Ningyo.” “That said, this can lead to a trend where more and more celebrities use it and then it really would just drown us struggling filmmakers out entirely.”

To prevent that from happening, some users developed a “Keep Celebs Off Kickstarter” Facebook page, which is “dedicated to protecting up and coming independent artists and stopping famous celebrities and major studios from sucking up the very few resources we have left.”

However, John Conway, entertainment attorney and CEO of Astonish Media Group, argues that even with their high earnings, celebs still need additional funding to get a project going.

“Certainly celebrities have their own money and contacts for their projects, but getting funding is increasingly difficult for projects. Just because somebody is a celebrity with a great creative idea does not mean somebody in the entertainment industry is going to fund it, especially if it takes a risk. That means everyone, celebrity or not, has to use every angle they know,” he explained.

And having star status doesn’t always guarantee success. Some celebrities have learned that the hard (and embarrassing) way. Former teen sensation Melissa Joan Hart was forced to suspend her hopes of financing a romantic comedy after she couldn’t raise the cash for the flick. Similarly, HBO’s “Girls” star Zosia Mamet failed miserably in her quest for $30,000 to make a music video with her sister for a folk song they wrote.

“Most would presume your ‘Girls’ salary can cover this kind of indulgence,” quipped an article in Variety.

While Kickstarter did not respond to a request for comment, in an earlier blog post they defended celebrity participation, insisting that Braff’s bid as well as the “Veronica Mars” crew brought tens of thousands of new people to the site, some 63 percent had never before backed a project, and thousands then went on to donate to others.

Kickstarter takes a 5 percent cut on total campaign earnings, and Amazon takes an additional payment for processing of about 3 to 5 percent.

“Logically, the better known artists may raise more money than an unknown artist,” Conway added. “But unknowns seem to have come up with a great deal of financing through the site as well.”