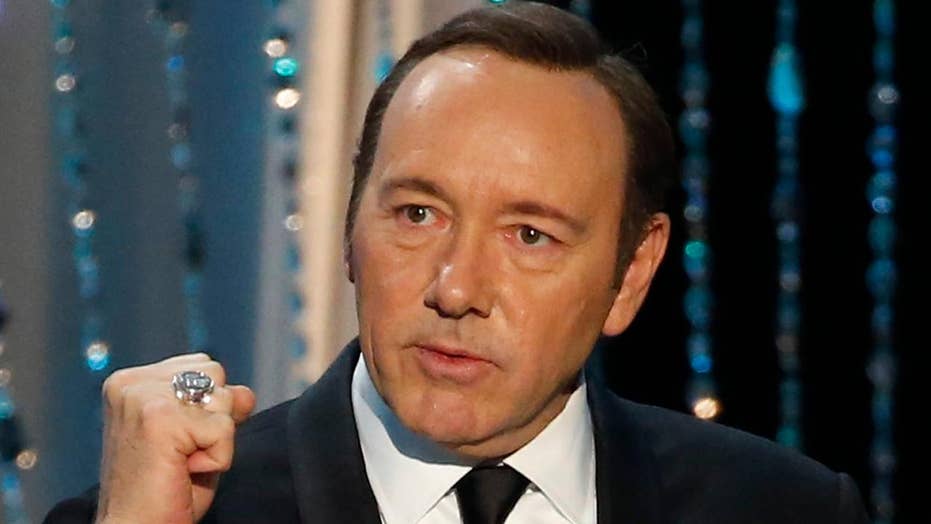 Backlash over Spacey's response to allegations of misconduct

The campaign for a potential Oscar nomination for Kevin Spacey and the film “All the Money in the World” has reportedly been scrapped by the production company in light of recent sexual assault allegations against the actor.

Spacey, who plays oil magnate J. Paul Getty in the film, was the initial focus of the Oscar pitch for his physical transformation into the character, Variety reported. But Sony and TriStar Pictures now intend to highlight his co-stars Mark Wahlberg and Michelle Williams, instead.

Spacey was first accused on Monday by Anthony Rapp, who said the two-time Oscar winner made a sexual advance at him when he was 14-years-old. Rapp alleged that while at a party, Spacey picked him up, put him on a bed and climbed on top of him.

“He was trying to seduce me,” Rapp recalled. “I don’t know if I would have used that language. But I was aware that he was trying to get with me sexually.”

Rapp said he managed to escape Spacey’s alleged advances and left the apartment.

Following the accusation, Spacey released a statement saying he didn’t remember the encounter but “if I did behave as he describes, I owe him the sincerest apology for what would have been deeply inappropriate drunken behavior.” He later went on to come out as a gay man, which was perceived by some as a distraction to the issue.

Since Rapp’s accusation came to light, others have also come forward, including one man who claims he had a sexual relationship with Spacey when he was 14, which he alleged ended when the then-24-year-old actor attempted to rape him.

Plans to award Spacey at the International TV Awards have also been terminated, Variety reported. And Netflix announced Monday that their original series, “House of Cards,” in which Spacey has won several awards for his portrayal of President Frank Underwood, will be ending after the sixth season.