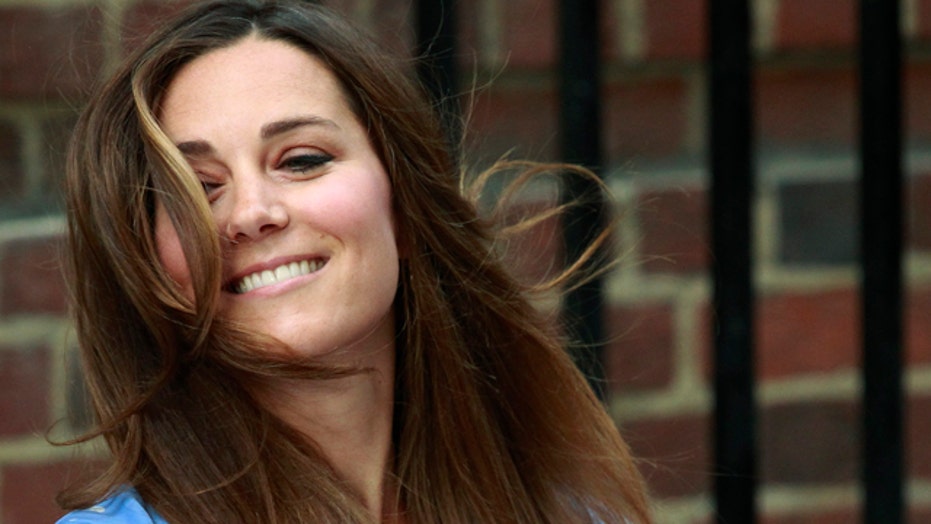 Celebrity hair guru Paul Cucinello shows us how easy it is to get the Duchess of Cambridge's trademark hairstyle.

Kate Middleton celebrates her 37th birthday on Wednesday, but she'll be spending the bulk of it without husband Prince William.

Kensington Palace says that the Duke of Cambridge will celebrate the Air Ambulance's 30 years in practice as emergency first responders.

"Through his work as an air ambulance pilot for the @EastAngliAirAmb, The Duke has seen first-hand the impact @LDNairamb first responders have upon the lives of patients with critical injuries," the palace tweeted.

The palace wished Middleton a happy birthday on the palace and the royal family's official Twitter accounts.

The Daily Express reports that while William is working, Middleton will celebrate with their three children: George, 5, Charlotte, 3, and Louis, 8 months.

William will reportedly join his wife and family during the evening to mark Middleton's big day.

According to The Sun, for Middleton's birthday two years ago, she celebrated with William, Prince Harry and Meghan Markle, who reportedly gifted her with a "thoughtful" gift of a leather-bound dream journal.

Markle and Middleton were reported to have been at odds close to the holidays, but were said to have put their differences aside after an intervention from Queen Elizabeth.