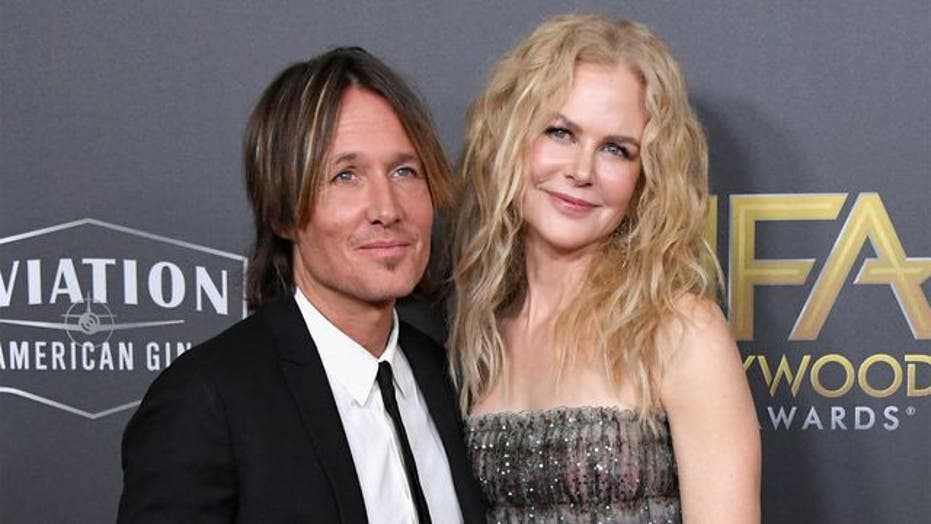 The 52-year-old musician recently spoke to Zane Lowe for Apple Music's "Beats 1," where he discussed how his wife plays a role in the music he makes.

Urban, a Grammy-winning country artist, married Kidman in 2006 and they share two children: Sunday Rose, 11, and Faith Margaret, 9. Kidman is also mother to Isabella, 27, and Connor, 25, with actor Tom Cruise.

"What I've learned from [Kidman] is to be more fearless in artistry and go for the curious place that you want to go to as an artist," Urban said. "Don't question it. You know, her whole thing is like: 'I'm interested in that. I'm going to go over there.' It's not like, 'Oh, can I do it? Should I do it?' None of that ever comes into it."

NICOLE KIDMAN REVEALS MOMENT SHE FELL IN LOVE WITH KEITH URBAN: 'I WAS A GONER'

Urban continued to praise his wife's ambition and tenacity.

"She just goes towards something and I'm like, 'Can you do that?' She goes, 'I don't know, but I'm interested in that,'" he said.

"That fearlessness -- and it's actually not even fearlessness; fear doesn't come into it. It's only curiosity. It's pure curiosity. She just goes without questioning it," the singer said. "That's definitely had a big impact on my music in the last five, six years, particularly."

He added: "I definitely married up."

Urban's music also plays a part in Kidman's pet name for him.

In an interview with Wall Street Journal Magazine, the "Big Little Lies" star opened up about her beau, revealing she calls him "mellow muso."

Muso is an Australian slang term meaning musician, and the nickname came about because Kidman finds Urban to be "pretty much the flip side of neurotic," she said.