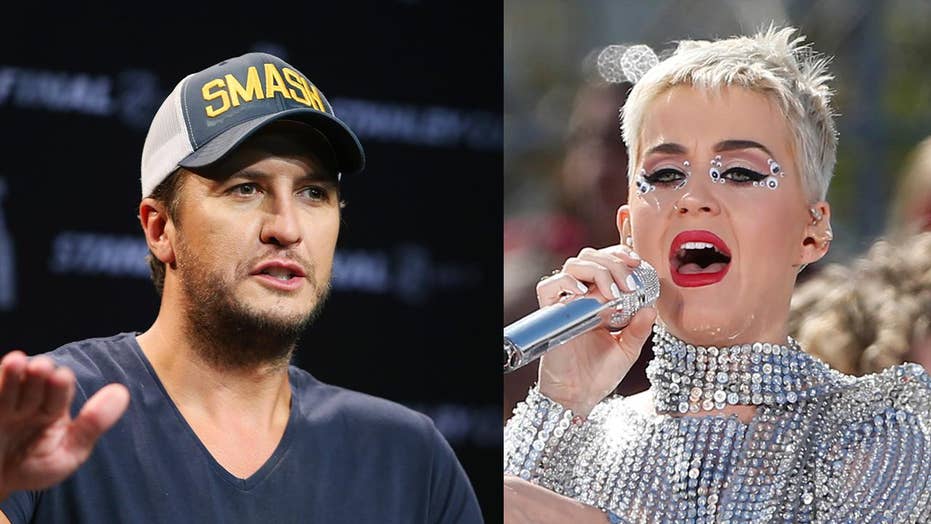 During auditions, “American Idol” judge Katy Perry kissed an unsuspecting contestant, sparking controversy. Now, Luke Bryan, a fellow judge, is coming to her defense saying it was “blown out of proportion.”

Luke Bryan is sticking up for his fellow "American Idol" judge Katy Perry after she surprised a conservative contestant with his first kiss, though he told the star he was saving his first kiss for a special moment. Benjamin Glaze, who was 19 at the time, later said he didn’t enjoy it one bit and was "uncomfortable immediately."

"It’s unfortunate that stuff like that turns into a story that big,” the country crooner said. “I watched an actual interview where Ben, the kid that was involved, said that he was cool with everything.”

He added, "I gotta back Katy on that."

Perry planted a surprise first kiss on the young man, but Glaze was not pleased with the moment, which was preceded by him telling the "Idol" judges he was saving his first kiss.

Glaze told The New York Times after the episode aired, "I know a lot of guys would be like, ‘Heck yeah!’ But for me, I was raised in a conservative family and I was uncomfortable immediately. I wanted my first kiss to be special."

The pop star caught flak on social media for being overly flirtatious with Glaze at the time of the taping - something she has done with several contestants, raising eyebrows. 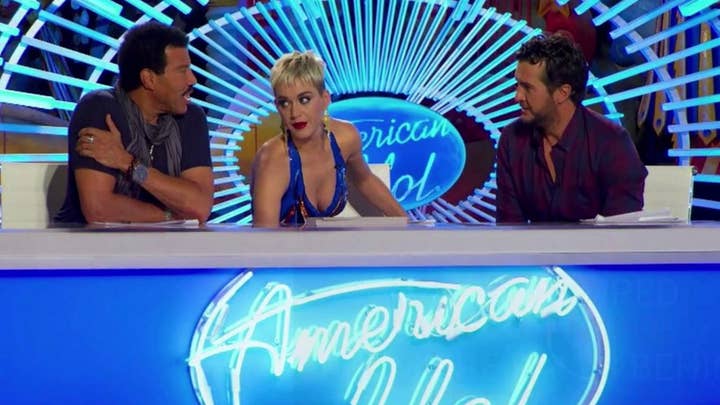 During the "Idol's" back-to-back premiere episodes, she repeatedly ogled male contestants and said she was looking for a boyfriend.

One contestant in particular caught her eye and she fawned over him.

“You’re so hot,” Perry said when she met him. “Here’s the thing. First of all, only hot guys are typically named Trevor. That’s one of the names. Trevor, he’s hot, he does construction on the side, and he loves his mom.”

“Katy Perry out looking for a quick f-- buddy or boyfriend on this season of ‘American Idol,’” one user tweeted.

Another wrote, "Had a male judge done with a female contestant what @katyperry did here with Trevor, hell would have broken loose. This audition video made me quite uncomfortable. Having said that, I know this is what women deal with, every single day."

In a major embarrassment for ABC, the network's hugely expensive revamp of “American Idol” got clobbered by NBC’s “The Voice” on Monday, and lost even more viewers in the process.

This week marked the second week in a row that “American Idol” was drubbed by “The Voice,” putting pressure on ABC President Ben Sherwood to right the ship before it starts sinking further.

The reboot’s debut episode was down 23 percent compared to the premiere episode of the final season on Fox, according to The Wrap.

At the same time, Perry is battling poor publicity of her own, arising from a legal battle with some elderly nuns over a convent Perry wants to convert into a luxury estate.

One nun, 89, recently collapsed in court and subsequently died after begging, “Katy Perry, please stop.” A second nun, 80, says the contretemps with Perry has left her broke.