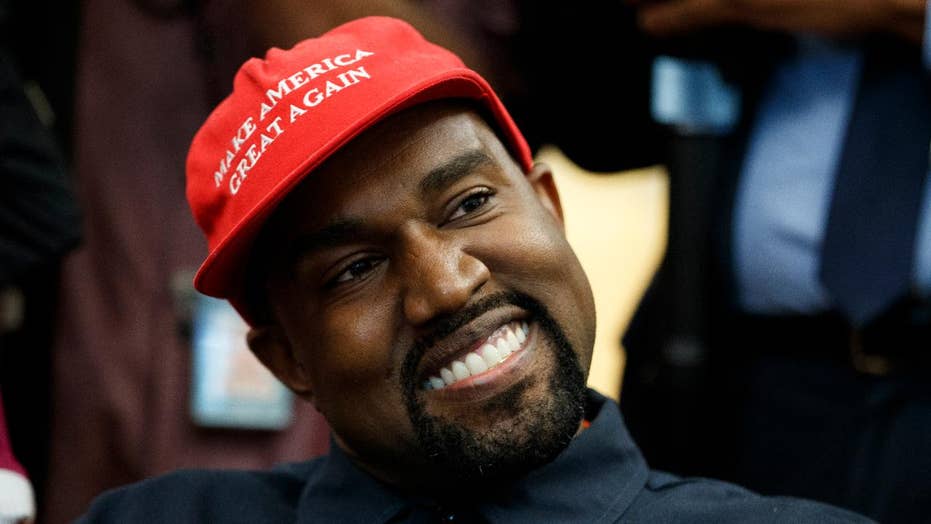 Kanye West took to Twitter on Tuesday to reveal he's had enough of politics.

The outspoken fan of President Trump tweeted: “My eyes are now wide open and now realize I’ve been used to spread messages I don’t believe in. I am distancing myself from politics and completely focusing on being creative !!!”

What caused the change of heart? It's not entirely clear, but in another tweet, he referenced Blexit — a campaign developed by conservative activist Candace Owens aiming to move African-American voters away from the Democratic Party. Owens is communications director for the right-leaning Turning Point USA.

In a tweet, the rapper insisted that he hadn’t had any involvement with Blexit and didn't design the logo for its clothing, despite her claims that he did.

“I introduced Candace to the person who made the logo and they didn’t want their name on it so she used mine,” West tweeted. “I never wanted any association with Blexit. I have nothing to do with it.”

Turning Point USA did not immediately respond to Fox News' request for comment.

“I support creating jobs and opportunities for people who need them the most, I support prison reform, I support common-sense gun laws that will make our world safer,” one tweet read.

“I support those who risk their lives to serve and protect us and I support holding people who misuse their power accountable. I believe in love and compassion for people seeking asylum and parents who are fighting to protect their children from violence and war,” another post read.

He continued on, expressing his appreciation to those who supported his “ACTUAL beliefs” and “vision for a better world.”

West has expressed his political opinions in the past, including his support of President Trump. The rapper paid a visit to the White House earlier this month, where he met with the president.