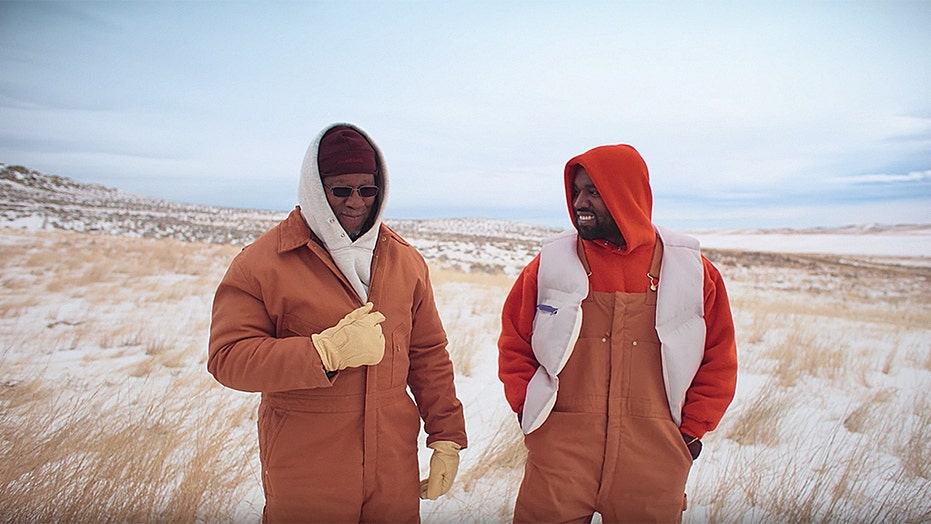 Kanye West released the first music video from his No. 1 album "Jesus Is King" with his father on Friday afternoon.

In "Follow God," he raps about his relationship with his father, Ray West, in his highest streamed song: "I was screaming at my dad and he told me it ain’t Christlike.”

KANYE WEST ENCOURAGES BLACK AMERICANS NOT TO VOTE FOR DEMOCRATS: 'THAT'S NOT THE POWER'

“My dad came to visit me at one of our ranches in Cody, Wyoming," the 42-year-old musician fashion mogul shared on Twitter minutes before the debut. "It took me 42 years to realize that my dad was my best friend.”

West's father and mother, Donda, divorced when he was 3 years old. Following the divorce, West lived with his mom. She died in 2007 following cosmetic surgery complications.

Earlier this week, West's wife, Kim Kardashian, teased the music video on her Instagram story, showing Ray and Kanye walking together in the snow and driving farm equipment together.

"What does it really meant to follow God?" Ray can be heard saying at the beginning of the music video. "Like, as I stand here today, I'm reminded of the first time my children ever got an opportunity to be in snow, and when we walked outside in the snow they were very fearful in terms of the steps they would take."

He added that he would walk in front of them and tell them: "Instead of creating your own footprints, walk in the footprints that I already made."

West's latest gospel-centered album, "Jesus is King," hit No. 1  on Billboard. What's more, every song on the album made its way onto Billboard's Hot 100. The newly born-again believer has made waves with his Sunday Service events, which he has held since the beginning of the year.