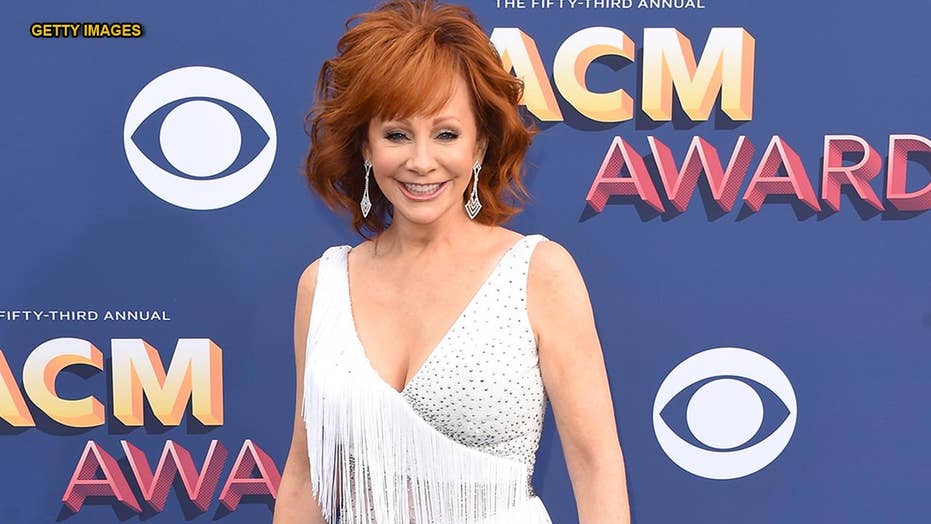 Reba McEntire opens up about why there won't be any politics at the 2019 ACM Awards, if she'll marry boyfriend Skeeter, and her secrets to looking so great.

McEntire, who also hosted the show for the 16th time, took the stage to sing her newest hit, "Freedom," and while the majority of the audience stood on their feet for the country star's performance, eagle-eyed viewers noticed that Musgrave, 30, did not.

"Seriously...what the hell is wrong with Kacey Musgraves. Reba’s performing and she acts like she’s watching someone pick up their dry cleaning. Have a little respect...at least for someone who paved the way for you," one Twitter user wrote.

Some viewers were upset when Kacey Musgraves, left, appeared to be bored during Reba McEntire's performance at the ACM Awards on April 7, 2019. (AP)

Another viewer asked: "Why did kacey look so bored and miserable during Reba ?? #ACMawards"

"Was it me or did kacey musgraves looked bored when reba was slaying that stage like a true country music legend, everyone else was up, dancing and singing #ACMawards," one person said.

Meanwhile, some social media users stated they "had no emotion" when Musgraves won album of the year award — for her record 'Golden Hour" — since she didn't stand for McEntire, 64.

"Kacey Musgraves sat down during Reba’s performance so I sat down and had no emotion when she won Album of the Year," one person said.

"@ACMawards NO MAAM! Kacey Musgraves! Album of the year..... I’m so disappointed! And the SHADE she gave to @reba when she was performing- OH HELL NO!" wrote another viewer. 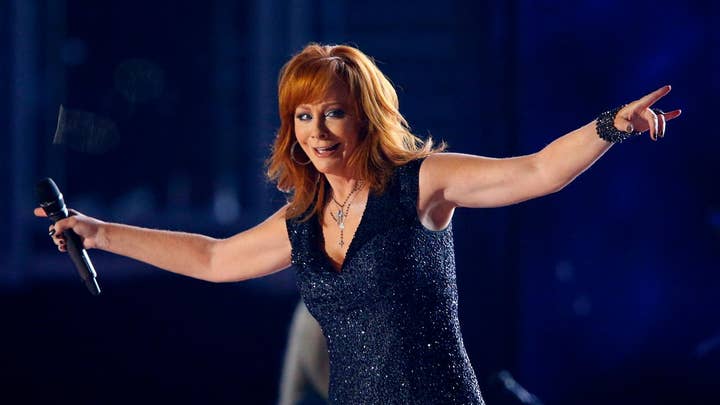 During her opening monologue, McEntire mentioned Musgraves' multiple Grammy wins for her album "Golden Hour," noting the lack of women in this year's ACMs' entertainer of the year category, which Keith Urban ultimately won.

"It froze us women out of entertainer of the year," McEntire said, pointing out that it snowed in Las Vegas in recent weeks.

She continued: "But you know what that didn't bother Kacey Musgraves because she's been too busy carrying all her Grammys around."