Though they were said to be "working on things" following their September divorce announcement, it's become clear that all is not well with JWoww and her estranged husband Roger Mathews.

In several Instagram videos recorded from the back of a police car, 43-year-old Mathews opened up about the melee that took place at his house earlier Thursday evening. Mathews claimed he called the police because Jenni "JWoww" Farley, 32, was "hysterically screaming" at him and threatened to call authorities, so he called them first.

"I documented with them that I was concerned she was going to make up a fake story," he said in a video. He then left to record a podcast with his friend. He alleges that he eventually returned home, went to sleep and was woken up at around 2:30 a.m. by police escorting him out of the house he shares with his estranged wife. The "Jersey Shore" star had obtained a restraining order against him but no arrests were made.

Police drove Mathews to a friend's house, where he then recorded teary-eyed videos explaining that he didn't want to go public with their issues out of fear of their two children, Meilani and Greyson, seeing them later in life but ultimately wanted "transparency."

"Im [sic] sorry that it has come to this. Find one human on planet earth who says I didn't fight for my family," he captioned a video. "You will not find them. I will survive this storm and I am now dedicated to complete transparency so that justice may prevail in the end."

Page Six has reached out to authorities for comment.

The reality star took to her Instagram as well to issue a statement regarding her and Mathews' issues.

"Certain events transpired last night which lead Jenni to involve authorities, as she felt it was in her best interests, and the best interests of her children to do so," JWoww’s team's statement said in response. "Any statements and social media posts depicting anything to the contrary are entirely false, misleading, and intentionally designed to cast Jenni in a negative light. She is proud to be a hard working parent who provides for her children."

While Mathews claimed in videos that he wasn't allowed to see his kids, Nest camera security footage posted by Nicole "Snooki" Polizzi showed what appears to be JWoww telling police she wants Mathews to have access to their kids.

"I don't want to do that to him. He should be allowed to see them," an emotional JWoww can be heard telling police. "He's not a bad dad."

Along with the video, Snooki claimed there was more footage that she wasn’t legally allowed to post and defended her best friend, claiming she was being "taunted and baited."

"My best friend has been going through A LOT these past few months and my heart breaks for her. She always tries to keep her situations off social media for the sake of the kids, but her voice needs to be heard too," Snooki wrote in the caption. "She has tried everything in her power to keep things civil FOR THE KIDS and she’s a damn good mother." 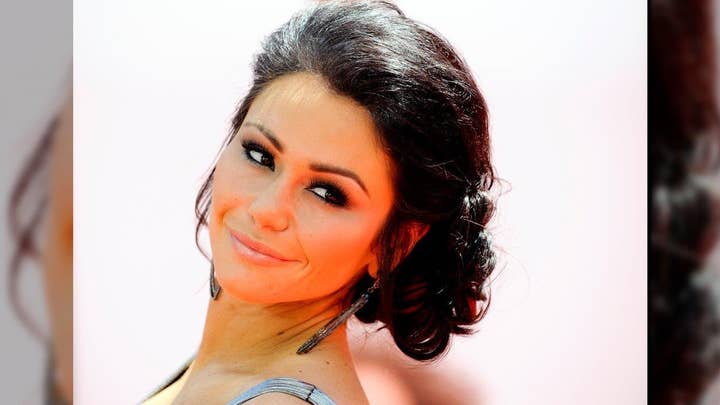 She continued, "She doesn't leave her kids for months at a time for work. She leaves filming to care for her children that you don't see. Her character is being tarnished and I'm here to show what's really going down. She wants nothing but for the kids to have their dad. Unfortunately she was being taunted and baited & this was the result. YOU'RE AN AMAZING MOTHER AND PERSON and all of us who truly know you know this."

She then implored her followers to stop "attacking" JWoww and echoed JWoww's claims that she wants Mathews to have visitation with their kids.

"She HAS BEEN asking the cops to tell the judge to allow Roger to see the kids. Everything he has stated in those videos is false news," Snooki added. "You shouldn't taunt her and film her on your phone trying to get a rise out of her to use it for court. There is [sic] MANY layers to this. And more videos. Legally i cannot post those but will be used when necessary.

"You can all have your opinions but don’t attack her for being that person he claims she is. Everything will unfold in due time."