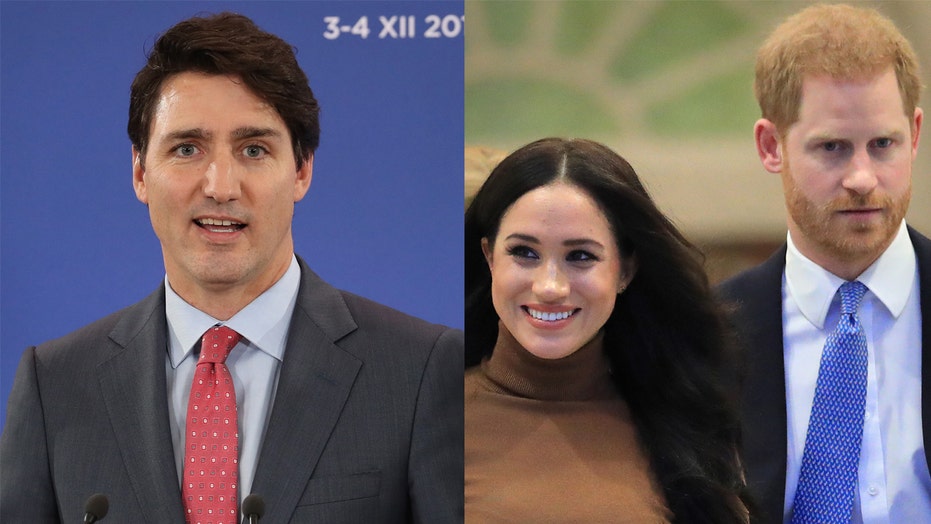 It seems that reports of Canada picking up Meghan Markle and Prince Harry's security tab are merely rumors -- at least for now.

Despite reports that Canadian Prime Minister Justin Trudeau had made promises directly to the Queen, Global News reports that he is unsure of his future involvement.

“There are still a lot of decisions to be taken by the Royal Family, by the Sussexes themselves as to what level of engagement they choose to have,” said Trudeau. “We are obviously supportive of their reflections but have responsibilities in that as well.”

He added: “We’re not entirely sure what the final decisions will be.”

On Monday, the UK outlet Evening Standard reported that Trudeau agreed taxpayers "should pick up" the costs for the Sussexes' protection detail, while they are in Canada. (It was previously revealed that Harry, 35, and Meghan, 38, will split their time between the UK and Canada.)

However, per the CBC, Finance Minister Bill Morneau said on Monday that the government hasn't had any official talks on the matter.

"No, we haven't spent any time thinking about this issue," Morneau told reporters in Toronto.

He continued: "We obviously are always looking to make sure, as a member of the Commonwealth, we play a role. We have not had any discussions on that subject at this time."

Earlier on Monday, the Queen responded to Harry and Meghan's request to “step back” as senior members of the royal family.

The couple added they will continue to work with the Queen, as well as Prince Charles, 71, and Prince William, 37.