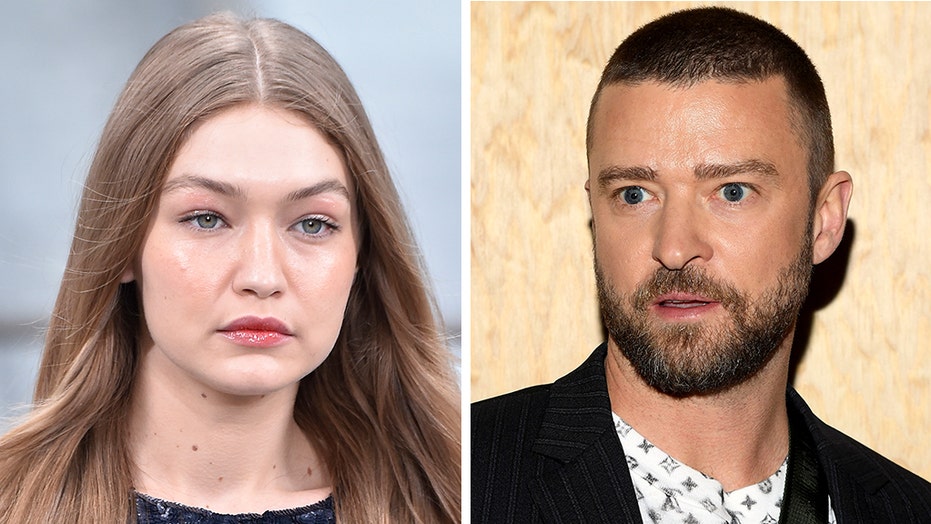 Just because you're an A-list star or fashion model doesn't mean you're immune to pranksters. Just ask Justin Timberlake and Gigi Hadid -- who both recently had to deal with Paris Fashion Week crashers.

Hadid, 24, confronted a prankster who crashed the runway at Chanel's spring 2020 presentation Tuesday morning, according to the New York Post.

The outlet reported that the crasher, later identified by WWD as comedian and YouTuber Marie S’Infiltre, walked the length of the runway before Hadid -- who was a part of the show's finale -- placed her hand on S’Infiltre's shoulder and escorted her off the platform.

French comedian Marie Benoliel aka 'Marie S’Infiltre' gets kicked out by Gigi Hadid during the Chanel Womenswear Spring/Summer 2020 show as part of Paris Fashion Week on October 01, 2019 in Paris, France. (Photo by Stephane Cardinale - Corbis/Corbis via Getty Images)

Meanwhile, Timberlake also found himself in the receiving end of a prank while walking into the Louis Vuitton Spring Summer 2020 show with wife Jessica Biel.

Vitalii Sediuk jumps on Justin Timberlake as he arrives to attend the Louis Vuitton Womenswear Spring/Summer 2020 show as part of Paris Fashion Week on October 01, 2019 in Paris, France. (Photo by Marc Piasecki/WireImage)

According to People, notorious prankster Vitalii Sediuk -- who is known to crash red carpets -- leaped out from a crowd of people and grabbed the 38-year-old singer's right ankle as he was making his way into the show.

In pictures of the incident, Sediuk is seen holding onto Timberlake's leg before being pulled away from security. A source told the magazine that Timberlake was unharmed by the prank.

“He was not attacked. This is just getting blown way out of proportion,” the insider said. “Justin’s fine, the guy just touched his leg.”