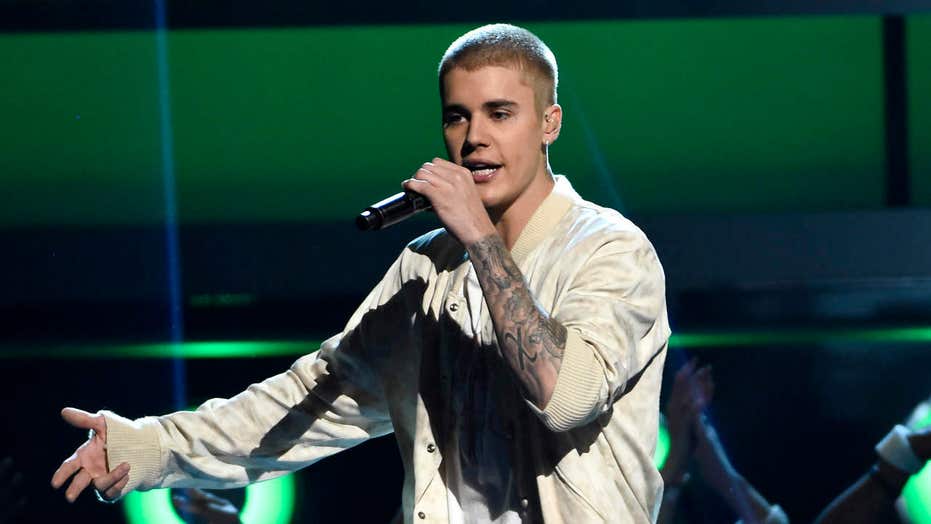 Justin Bieber sang a soulful rendition of Marvin Sapp's "Never Would Have Made It" at Kanye West's Sunday Service over the weekend and shared a testimony of overcoming anxiety.

Kim Kardashian called the Christian worship service "sooo good!" on Twitter and shared footage of the 25-year-old pop star on her Instagram story as he joined the Sunday Service Choir for the first time.

"I never would have made it without you. I would have lost it all, but now I see how you were there for me," Bieber sang as those in attendance cheered, "I can say, 'I'm stronger, and wiser. I'm better, much better..'"

Bieber hopped off the stage and gave West a hug as the two smiled.

KANYE WEST TELLS 12,000 STUDENTS HOW JESUS CHANGED HIS LIFE: 'THE DEVIL HAD ME'

With the release of his latest album, "Changes," Bieber became the youngest person to ever achieve seven albums debuting at No. 1 on the Billboard 200 charts, beating Elvis Presley, who achieved it at 26 years old.

He's not the first celebrity to join the Sunday Service Choir for a song or two. Sia, Chance the Rapper, and many others have added bars or attended one of West's services, which have been held in Miami, Chicago, Salt Lake City and other cities.