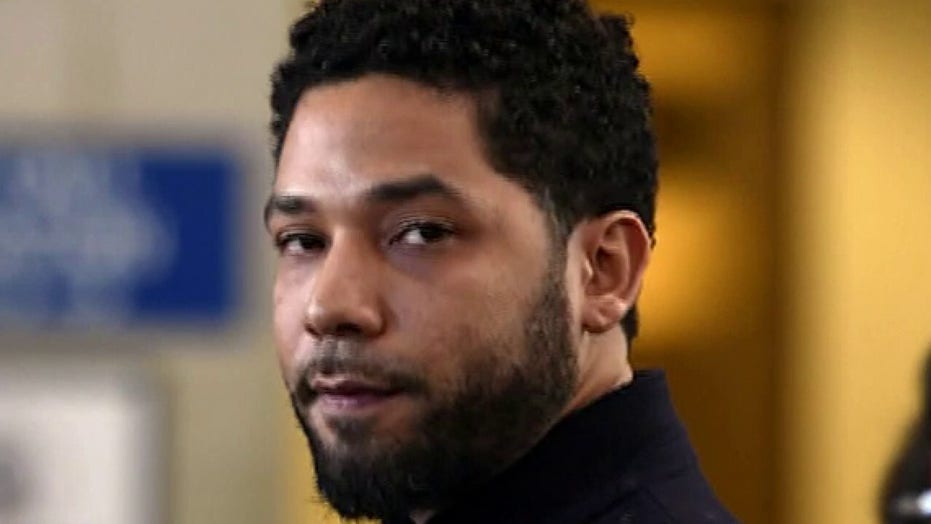 Former “Empire” actor Jussie Smollett, who was famously accused of staging a racist, homophobic attack against himself, said he is frustrated that he’s not able to speak out but maintained his innocence.

“What happened in these last two years, it has humbled me in a way that nobody could possibly understand,” Smollett said Wednesday in his first interview in nearly two years. “Out of all these jokers in this entire situation, I am the only human being who has not changed his story one time.”

Smollett spoke with former CNN commentator Marc Lamont Hill, who posted the lengthy chat on his Instagram page. Hill asked Smollett what the biggest falsehood he’s heard about him has been since the alleged incident.

“Well, I mean that I did a hoax, obviously,” Smollett answered. “I am a human being like everybody else... I ingest the media, I read the headlines, and all that type of stuff. I’ve been guilty of taking things at face value as well. But when you see that happening, and they talking about you, and you know – you know that it’s not true – somehow it becomes different.”

Smollett said a narrative was “intentionally created” to make people doubt his claim.

“It was set up to make it seem like I was lying about something or everything,” he said.

Smollett, who is Black and gay, told police at the time of the alleged attack that two masked men attacked him as he was walking home in the early hours of Jan. 29, 2019. He said they made racist and homophobic insults, beat him and looped a noose around his neck before fleeing, and that at least one of his attackers was a White man who told him he was in “MAGA country,” a reference to President Trump’s campaign slogan, “Make America Great Again.”

Smollett told Hill there are witnesses that back up his original claim that “White men” attacked him.

“These are the things that people don’t necessarily know because the lies and the things that were not true were yelled from the rooftop,” he said. “There is a tape... there is something, but of course it cuts off right before it happens.”

Hill interrupted to ask why the tape cuts off.

“I certainly didn’t have the power to cut the tape,” Smollett said. “So who cut it?”

Smollett then called the investigation a “farce” and criticized the police involved.

After the news of the alleged attack first broke, Smollett was initially praised by everyone from CNN’s Don Lemon to Democratic vice presidential nominee Sen. Kamala Harris, D-Calif., but the story quickly unraveled.

Brothers Abel and Ola Osundario told the police that the actor had paid them $3,500 to jump him on a Chicago street in an effort to raise his profile because he was unhappy with his role on “Empire.”

After Smollett’s claim appeared to fall apart, he was initially accused by Cook County prosecutors of falsely reporting to police that the alleged attack was real. Sixteen counts of disorderly conduct originally filed against him were dismissed and Cook County Circuit Judge Michael Toomin found Smollett’s first prosecution was invalid.

After another investigation by special prosecutor Dan Webb, six counts of the same charges were filed against Smollett, to which he pleaded not guilty earlier this year. Smollett told Hill that the Osundario brothers “changed their story at the last minute” when asked about their claims that the actor set up the attack.

Marc Lamont Hill sits down with Jussie Smollett to discuss his case, police corruption, BLM, and more. First, activists Aislinn Pulley and Angela Davis offer critical insights on the history of policing, abolition, and the broader implications of the Smollett case.

The former “Empire” actor doesn’t appreciate that he hasn’t been able to tell his side of the story.

“To not be able to say all of the things that you want to say, to not be able to yell from the rooftop because, I don’t think that people realize I’ve just been wrapped up in some form of a case for the last… approaching, in just a couple months, two years,” Smollett continued.

“So it’s been beyond frustrating, and I think that I’m certainly not going rogue, and I’m still taking the advice of my attorneys and everything like that. I just don’t see, honestly, what staying quiet has done, where it’s gotten me,” he said. “Then there’s the bigger picture that it’s so much bigger than me.”

Hill then asked if the legal process could end in the near future.

Smollett then urged viewers to “look a little bit deeper” at police departments and prosecutors involved in his case, saying they are financially motivated to “win” a case at any cost.

“You’re willing to throw people under the bus that don’t deserve to be. You’re willing to coax people into lying about saying things happened that did not happen, you’re able to switch a narrative and sell a narrative based on the agenda that you’re trying to sell,” he said. “That is what’s been happening.”

The controversial Hill, a prominent Black Lives Matter advocate, was fired by CNN in 2018 after he gave a speech at the United Nations in which he used language critics describe as a dog whistle advocating the elimination of Israel.

He accused the Israeli government of “normalizing settler colonialism" and called for a "free Palestine from the river to the sea," a remark that got applause from participating diplomats.