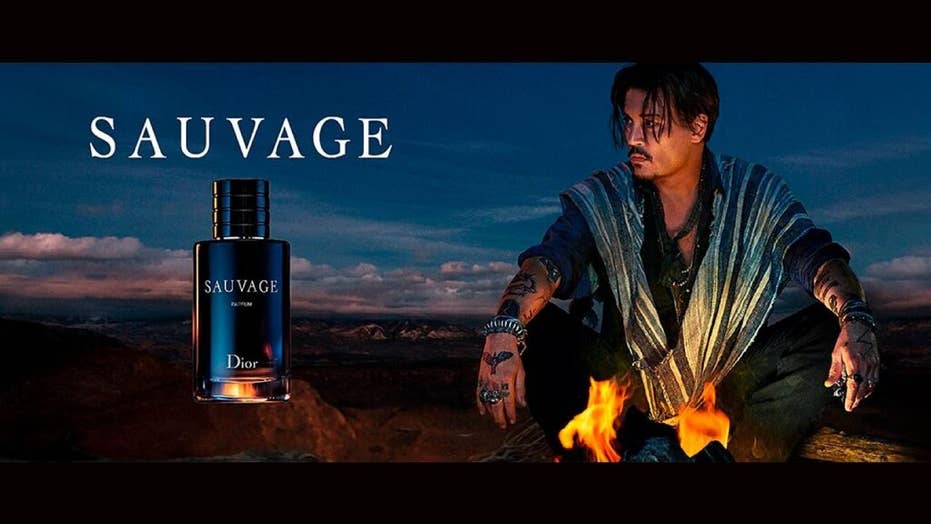 Actor Johnny Depp is the face of Dior’s new ad campaign which has been pulled amid a ‘cultural appropriation’ outcry.

Johnny Depp stood up for the now-pulled ads for Dior Sauvage after critics ravaged the clip with complaints about appropriating Native American culture.

Last month, teasers of Dior's "We Are the Land" came under fire. The videos were branded as "an authentic journey deep into the Native American soul." One of the clips showed a woman wearing a wolf skin and a man dressed in traditional Native American dancing in the desert.

Many were upset by both the visuals and the language used by the campaign, noting that settlers used "sauvage" was a slur against Native Americans.

“There was need for authenticity and respect for the land and the nations that allowed us to shoot there," Depp said. (AP Photo/Shizuo Kambayashi, File)

“There was never — and how could there be or how would there be — any dishonorable [intent],” Depp, 56, told The Hollywood Reporter in an interview released Tuesday. “The film was made with a great respect for the indigenous people not just of North America, but all over the world. It’s a pity that people jumped the gun and made these objections. However, their objections are their objections.”

He continued, “I can assure you that no one has any reason to go out to try to exploit. It was a film made out of great respect and with great respect and love for the Native American peoples to bring light to them. They haven’t had the greatest amount of help out of the United States government. The idea is as pure as it ever was, so we will come to an agreement so that everyone is happy.”

The company sent a press release from Americans for Indian Opportunity (AIO) when FOX Business reached out for comment but refused to comment on the outrage surrounding the ad.

“There was need for authenticity and respect for the land and the nations that allowed us to shoot there," Depp said in the report from AIO, a group that says it advocates for the rights of Indigenous people. "From the choice of location, wardrobe making, right down to casting and set design, AIO was involved.”

It also pointed to Depp being adopted into the Comanche Nation before he played Tonto in 2013's reboot of The Lone Ranger, which a Native American activist took issue with, saying: “He’s not Native, he’s not a friend to Indian Country. Dior has also been on the appropriation train since forever."