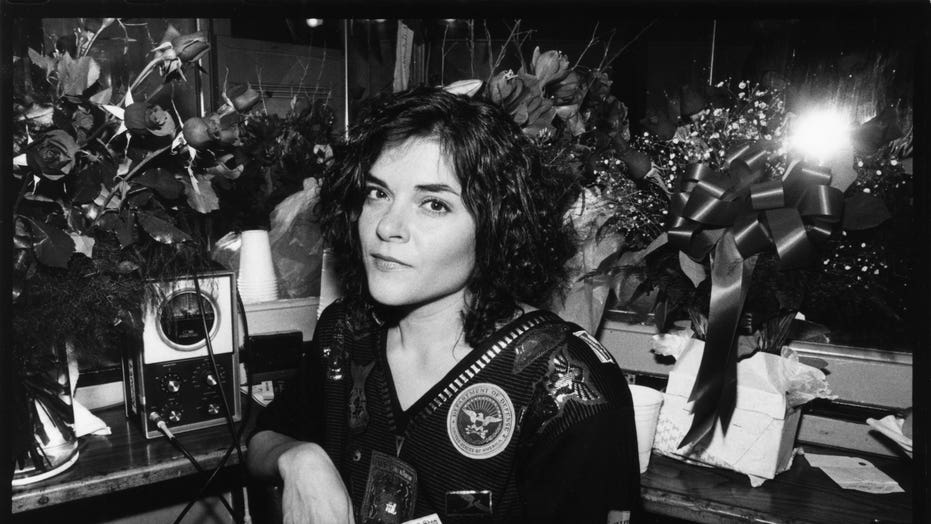 Johnny Cash remained devoted to his faith despite drug woes, was nearly killed by an ostrich, book reveals

Rosanne Cash is shedding light on what it was like growing up with her iconic father, Johnny Cash.

Rosanne, a singer-songwriter in her own right, appears in an upcoming 16-hour Ken Burns docu-series, titled “Country Music,” where she opens up about the music legend, his legacy and the ride her family took with Cash during his peak years in the 1950s and ‘60s.

JOHNNY CASH REMAINED DEVOTED TO HIS FAITH DESPITE DRUG WOES, WAS NEARLY KILLED BY AN OSTRICH, BOOK REVEALS

“My childhood was chaotic, number one,” Rosanne, 64, told People in this week’s issue. “I understood from a really young age that [my dad] was an artist and that his mind worked differently. And … that scared my mother.”

Rosanne said Cash wrote his hit “I Walk the Line” about her mother Vivian Liberto’s constant fear that the charismatic musician would step out on their marriage.

Rosanne was the eldest of four daughters and remembers her father as “the sweetest dad,” but noted there were difficult periods with her father in their household due to his battle with addiction.

Cash would begin a romantic relationship with June Carter, a member of Cash’s touring cast, which led to Liberto filing for divorce from the “Folsom Prison Blues” performer in 1966.

Cash and Carter would tie the knot two years later after Cash had gotten clean.

The "Composed" author admitted to the magazine that she never harbored any ill will towards Carter. In fact, she praised both her mother and Carter.

“I had two really good examples from women in my life,” Rosanne said.

“It seemed inevitable, though it was so painful for my mom,” Rosanne said of Cash’s affair with Carter. “My mom gave me this powerful sense of discipline, family, mothering and detail orientation. And June gave me this sense of expansiveness and how to live life as a performer.”

GREG LAURIE: JOHNNY CASH'S STORY IS A ROADMAP FOR EVERY CONFLICTED SOUL

Rosanne ultimately followed in her father’s footsteps, but she initially only wanted to be a writer because she didn’t believe she had the voice of a singer. She also wanted no part of fame, based on the behavior she had seen from her father – most specifically, his constant absence in her childhood.

“I didn’t think I could sing,” she said. “And I grew up thinking becoming famous was about the worst thing you could do. You went on the road, you started doing drugs and got divorced and didn’t see your kids and everything fell apart.”

Rosanne said it wasn’t until Cash invited her to join him onstage for a duet of “I Still Miss Someone” that her resentment of her father turned around.

“He worked out all his problems onstage, and that happened with me that night with him,” she said. “It just all got fixed.”

“Country Music” is slated to premiere on Sunday on PBS.