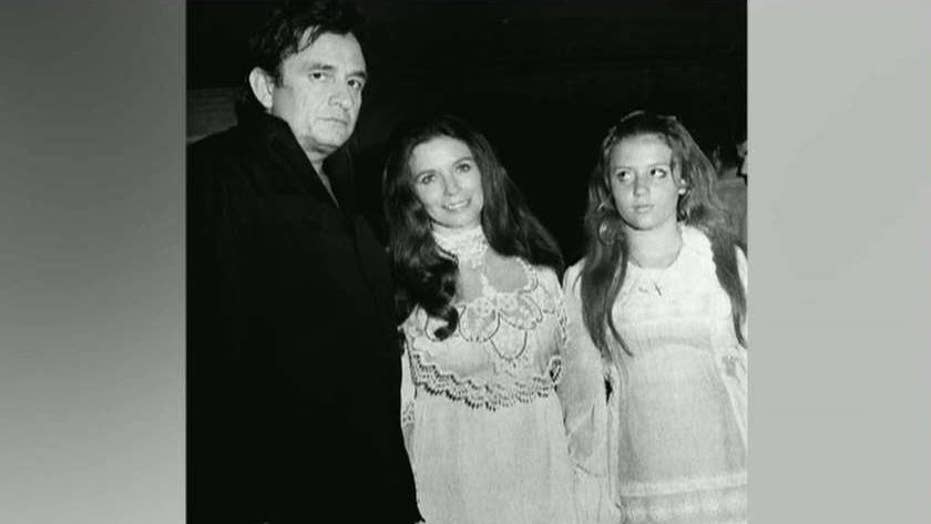 Pastor Greg Laurie goes inside the personal journey of the music legend in the new book 'Johnny Cash: The Redemption of an American Icon.'

Johnny Cash — a sinner or a saint?

To many sinners, he was a saint, even a prophet-like figure. He was admired by idols of days gone by, ranging from Elvis Presley, Keith Richards, and Carl Perkins to modern-day rockers like Bono, Jack White, and Trent Reznor.

To many saints, he was a conflicted man, who struggled with drugs and the law and a lot more most people don’t know about.

GREG LAURIE: WHY YOU SHOULD LET GOD WORRY FOR YOU

He was actually both.

In his lifetime, Cash was also inducted into the Grand Ole Opry, the Country Music Hall of Fame, the Rock & Roll Hall of Fame and the Nashville Songwriters Hall of Fame. In addition, he was a recipient of the highest honor given to artists in America, the National Medal of Arts, in recognition of his numerous musical contributions.

Cash was to country music what Elvis Presley was to rock and roll. His legend and stature has grown exponentially since his passing on Sept. 12, 2003. In many ways, Cash has eclipsed Elvis.

His legacy as country music’s most iconic star remains firm, but I believe Johnny Cash would want others to also focus on something else other than his entertainment achievements: his firm belief in Jesus Christ.

In my new book, “Johnny Cash: The Redemption of an American Icon,” I explore this complex superstar’s journey to faith.

Though many books have been written about “The Man in Black,” this one is different. I would describe it as a “spiritual biography.”

Like millions of people, I was touched personally by Cash’s life and music.

My own fandom comes from a very personal place. Cash was a touchstone in my life dating back to my childhood. I remember watching him perform on television with my grandparents and hearing that deep booming voice—once called “The Voice of America.”

At the peak of his career, Cash had done it all—living the ultimate rags-to-riches story of growing up on a cotton farm in the Deep South to becoming a Nashville and Hollywood sensation, singing alongside heroes like Elvis Presley and performing for several American presidents.

During his heyday, Cash was constantly in the news. Not all the headlines were stellar. He was often embroiled in scandal or controversy stemming from high-profile arrests, car accidents, and other drug- and alcohol-induced escapades, including one resulting in a forest fire that devastated over 500 acres.

Sometimes Cash’s dark side often overruled his true nature. His behavior caused collateral damage to his family and friends, resulting in heartbreak, betrayal, and sadness. He felt his trials and tribulations were akin to those endured by the Apostle Peter, who at one point even denied knowing Jesus. Like Peter, Cash stumbled, fell, dusted himself off, and got back up again.

The superstar was an old hand at petitioning God and hailing Him as the author of his salvation. But the fact is that he usually ran to God when a crisis was at hand and he needed rescuing, the same as the rest of us mere mortals. Also like some of us, Cash was a natural backslider who kept God’s number on speed-dial for emergencies but otherwise sought direction and fulfillment through earthly channels. A lot of people live this way.

Cash’s faith was tested many times in his lifetime, and it only grew stronger, not weaker. Near the end of his life, Cash was speaking openly about his “unshakeable faith.” What caused him to turn from his conflicting passions to embrace a life in Christ?

Understanding his triumphs, defeats, redemption, and story arc offers a way for people to understand that no one is beyond hope, which is why I have embarked on this project.

The truth of the whole man is compelling, and the story of Johnny Cash is a roadmap for every conflicted soul for whom redemption too often seems a destination far off the beaten path.

If it happened for Johnny Cash, it can happen for you.

Greg Laurie is an author, evangelist, pastor and founder of the Harvest churches in California and Hawaii and Harvest Crusades. He is a bestselling author of several books, his latest is “Johnny Cash: The Redemption of an American Icon.”