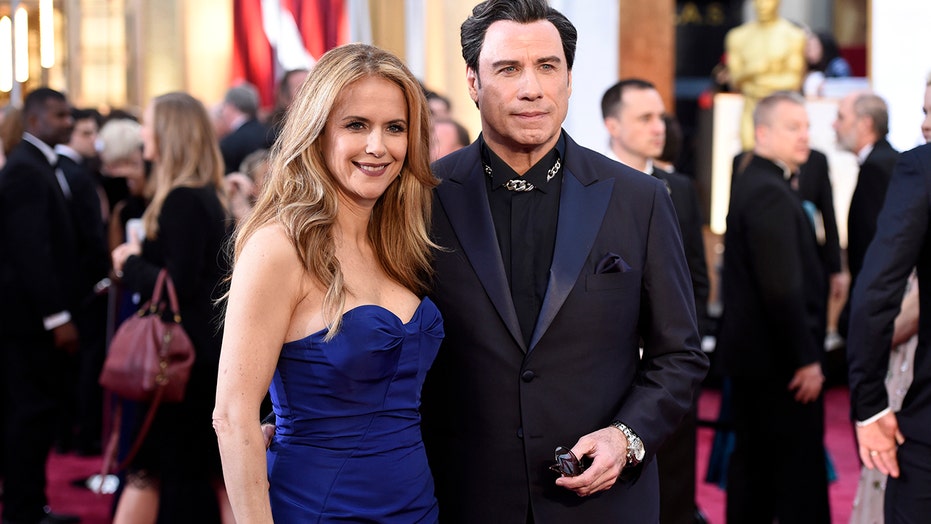 John Travolta did not know wife Kelly Preston had a sex scene with Tom Cruise in “Jerry Maguire” until he saw the film in theaters.

In a new interview, Travolta opened up about going to see the film and getting caught off-guard by the steamy scene.

"You don't even know what awkward is...until you sit in the screening of 'Jerry Maguire' and you don't know that scene is coming up and your wife is with Tom Cruise in the middle of something, that is astonishing," Travolta said on “The Late Late Show with James Corden.”

"That's awkward. I had no idea," admitted the 65-year-old actor.

Travolta shared the anecdote after husband-and-wife duo Sam and Aaron Taylor-Johnson, who were also guests on Corden's show, recounted their own intimate story, in which wife Sam directed husband Aaron’s sex scene for “A Million Little Pieces.”

JOHN TRAVOLTA IS ABLE TO STAVE OFF SCANDAL DESPITE ALLEGATIONS OF 'DARK SIDE,' REPORT SAYS

Host Corden, 41, went on to point out that Preston’s sex scene involved the actress loudly shouting, “Never ever stop f---ing me,” to Cruise, who portrayed the titular character of Jerry Maguire.

“That was rough,” Travolta said in response before offering Sam a hug and kiss for directing Aaron’s sex scene.

Kelly Preston and John Travolta arrive at the Oscars on Sunday, Feb. 22, 2015, at the Dolby Theatre in Los Angeles. ((Photo by Chris Pizzello/Invision/AP))

The couple celebrated their 28th wedding anniversary in September and are parents to daughter Ella Bleu, 19 and son Benjamin, 8. Their first son, Jett, died in 2009.