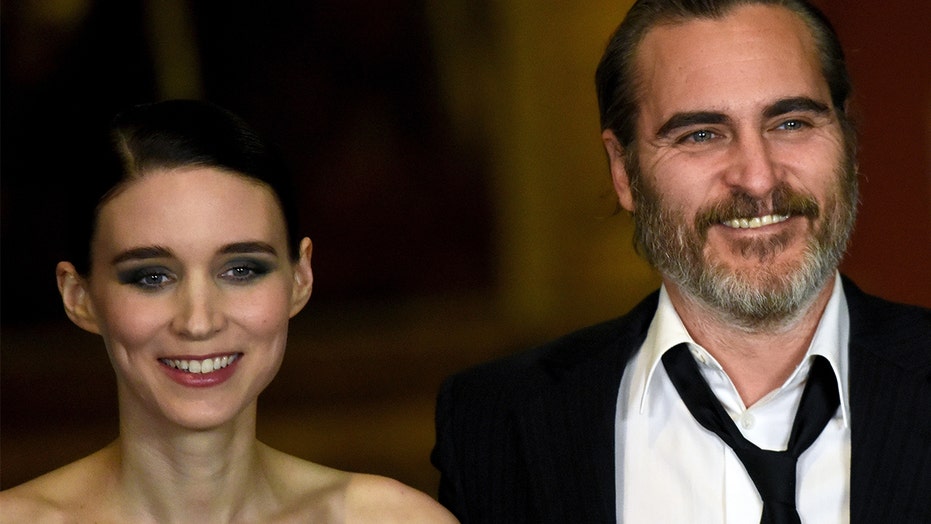 Joaquin Phoenix and his fiancée Rooney Mara are officially parents!

Kossakovsky was promoting his documentary “Gunda” at the 2020 Zurich Film Festival. Phoenix, who was the executive producer of the movie, was not in attendance.

“He just got a baby, by the way, his name was … a beautiful son called River, so he cannot promote it now,” the director said during a Q&A.

Phoenix and Mara paid tribute to the “Joker” star’s late older brother, actor River Phoenix, with their newborn’s name. River died in 1993 at age 23 from a drug overdose.

The couple’s baby news comes months after Page Six revealed in May that the actress was pregnant.

Phoenix and Mara first met on the set of their 2013 film “Her,” although they didn’t become romantically involved until they reunited for the 2016 film “Mary Magdalene.”

In July 2019, Us Weekly confirmed the couple was engaged after the “Girl With the Dragon Tattoo” actress was spotted wearing a diamond ring on a few occasions beginning in May.

The pair is notoriously private about their relationship.

Phoenix briefly touched on his adoration for Mara in October 2019.

“She’s the only girl I ever looked up on the internet,” the Oscar winner told Vanity Fair. “We were just friends, email friends. I’d never done that. Never looked a girl up online.”