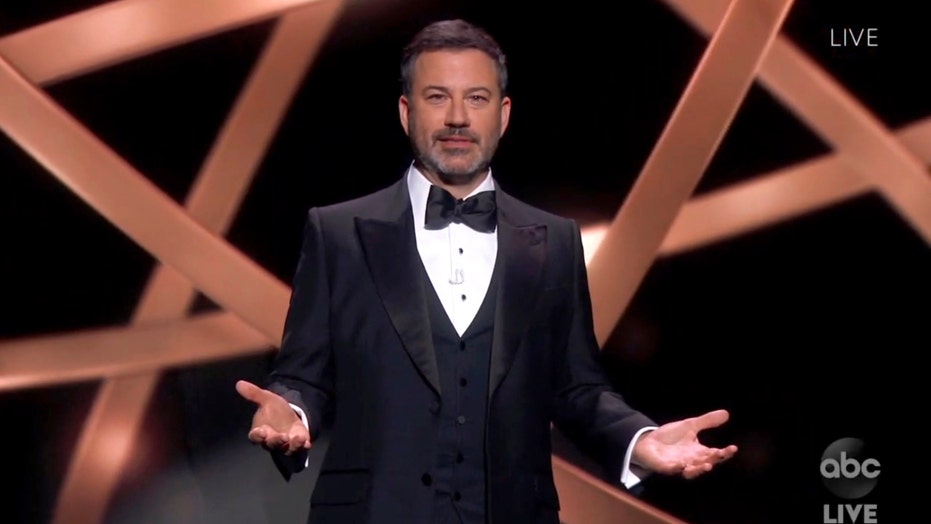 Jimmy Kimmel, the U.S.-born host of Sunday night's the Emmy Awards, received some backlash online after making a joke about reporting John Oliver, another late-night host who is from the U.K., to Immigration and Customs Enforcement (ICE).

Oliver had just won Outstanding Talk Series for his show, "Last Week Tonight With John Oliver" during the 72nd Emmy Awards. Kimmel's own "Jimmy Kimmel Live'!" was in the same category and lost.

Kimmel, who hosted the awards for the third time, pulled out a participation award and Blu-Ray DVDs for seasons one and two of "Young Sheldon" from the 2020 Emmy's mystery box. He then congratulated Oliver with a joke that some believed was in poor taste.

“That’s way better than a stupid Emmy,” the host said. “Congratulations again to John Oliver, I will be reporting him to ICE tomorrow.”

Users on Twitter showcased their displeasure toward Kimmel following the self-deprecating style of humor that poked fun at his own insecurities.

"Jimmy Kimmel joking about calling ICE on American citizen John Oliver was a bad look, even as a “sour grapes” gag," one user wrote.

"I didn't know that it was needed, but @jimmykimmel making a joke about calling #ICE on @iamjohnoliver is not only poor taste, but completely out of touch w/ everything happening right now,'" another said.

Some people were upset because the joke came after the Department of Homeland Security’s internal watchdog recently launched an investigation into a whistleblower complaint alleging that an outside doctor performed “mass hysterectomies” on immigrant women held in ICE custody at a Georgia detention facility.

"WHAT? So @jimmyKimmel has made off colour joke about calling ICE on John Oliver, the same people who keep #Kidsincages and perform #forcedhysterectomies, now he just made light of #Interventions?" another responded.

Others defended Kimmel following the joke.

"It’s called COMEDY. You know... poking fun to underscore the savagery of being human," according to one user.

According to the Hollywood Reporter, Oliver became a U.S. citizen in December.

Kimmel, during his opening monologue, would also note how there was no audience at the Emmy's this year due to the health and safety procedures in place amid the coronavirus pandemic.