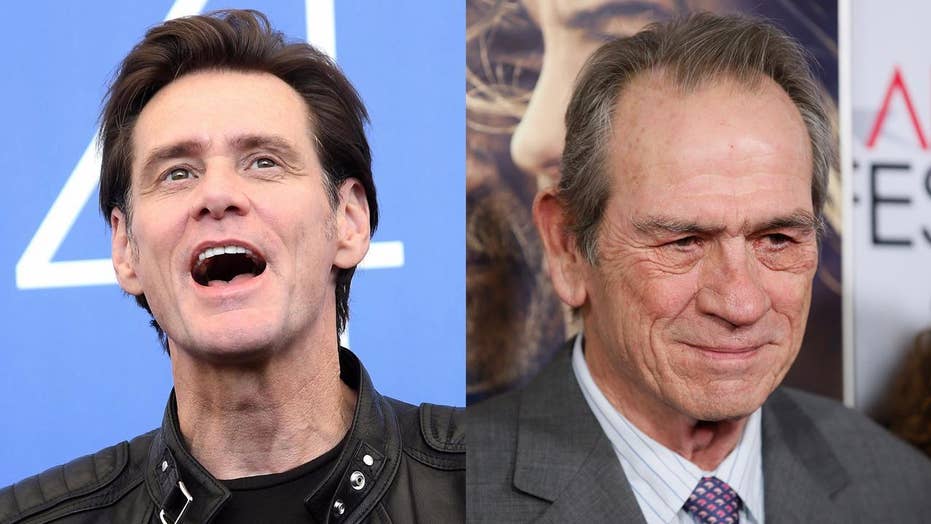 Carrey told Norm Macdonald on a Tuesday episode of his podcast “Norm Macdonald Live” that Jones made it clear he did not like him. Jones and Carrey played the film’s two villains -- Two-Face and The Riddler, respectively.

Carrey, 55, speculated Jones, 71, did not like him because he was the star of the movie.

"I was the star and that was the problem," Carrey told Macdonald. "He's a phenomenal actor, though. I still love him."

Carrey said he was certain Jones was not the fan of him after they bumped into each other at a restaurant.

"The maître d’ said, 'Oh, I hear you're working with Tommy Lee Jones. He's over in the corner having dinner.' I went over and I said, 'Hey Tommy, how are you doing?' and the blood just drained from his face," Carrey said. "And he got up shaking  — he must have been in mid-kill me fantasy or something like that. And he went to hug me and he said, 'I hate you. I really don't like you.' And I said, 'What's the problem?' and pulled up a chair, which probably wasn't smart. And he said, 'I cannot sanction your buffoonery,'" Carrey recalled.

Macdonald told Carrey that Jones’ wrath may have stemmed from the “True Crime” star’s power and his ability to capture the attention of any room he walked in.

"He might have been uncomfortable doing that work, too," Carrey responded. "That's not really his style of stuff."