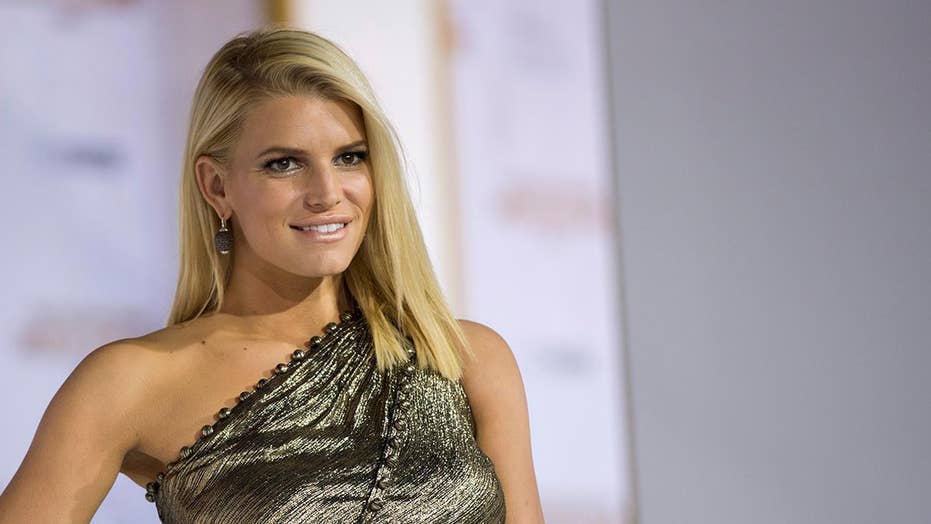 Jessica Simpson sued for posting paparazzi pic of herself

Fox411: Jessica Simpson is being sued by a photo agency over a photograph of herself that she posted on her social media accounts.

A photo agency sued singer Jessica Simpson Tuesday over a photograph of herself that she posted on her social media accounts.

Splash News and Picture Agency, which describes itself as “the world’s leading celebrity and breaking news agency, providing images, video and stories to top publishers across the globe” alleged Simpson stole the photo from the company and posted it to her Instagram and Twitter accounts, according to The Hollywood Reporter.

The agency said they were suing the singer and celebrity gossip website Reality TV World for copyright infringement. The photos in question were of Simpson leaving New York City’s Bowery Hotel.

JESSICA SIMPSON GETS SLAMMED FOR WEARING PIGTAILS: ‘NOT AGE APPROPRIATE’

The agency claimed they allowed the Daily Mail to use the photos of Simpson for a limited time in August but never granted Simpson permission to use them, the complaint stated. The complaint was filed at a California federal court Tuesday.

"Simpson or someone acting on her behalf copied the Photograph and distributed it on Instagram — within hours of its original publication on August 9, 2017," Peter Perkowski, the agency’s attorney wrote in the complaint. "The copy of the photograph that Simpson distributed on Instagram had been altered, without authorization or approval, to remove the CMI showing plaintiff as the copyright owner of the image."

Reality TV World ran the photos from Simpson’s Instagram account and credited it to her social media.

Splash News and Picture Agency argued the picture of Simpson “could have brought in more licensing revenue,” but after she posted the photos it lost most of its value, according to The Hollywood Reporter.

"Simpson’s Instagram post and Twitter tweet made the Photograph immediately available to her nearly 11.5 million followers and others, consumers of entertainment news — and especially news and images of Simpson herself, as evidenced by their status as followers of her — who would otherwise be interested in viewing licensed versions of the Photograph in the magazines and newspapers that are plaintiff’s customers," Perkowski wrote in the complaint.

Other celebrities such as Gigi Hadid and Khloe Kardashian have also been sued for similar reasons.