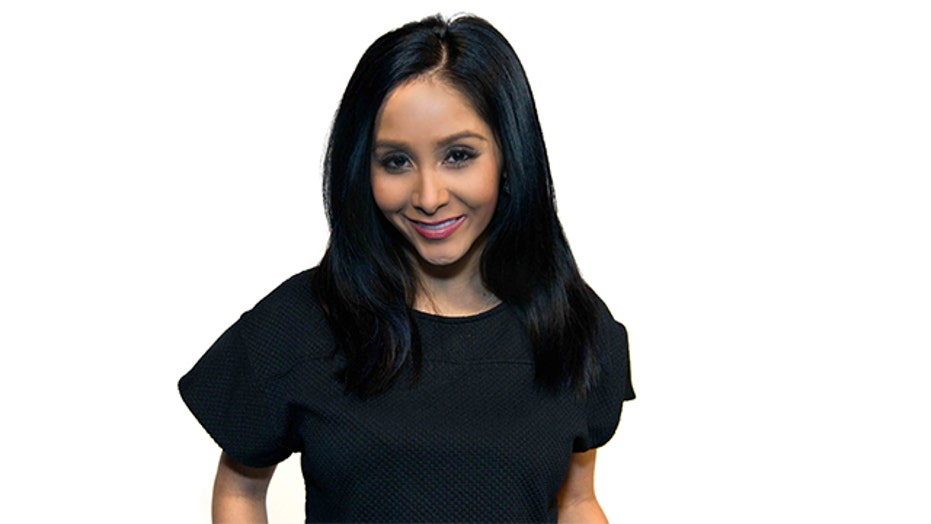 Nicole 'Snooki' Polizzi Reveals How She Lost the Baby Weight

"Jersey Shore" star Nicole "Snooki" Polizzi may have grown up on the East Coast — but her roots actually lie somewhere else. The reality TV star recently opened up about her unique childhood and how she found out she was adopted in a new video blog post.

"Most of you may know that I was adopted, but I never really talk about it. I am hoping sharing my story can help someone else that may be struggling with a similar situation," Polizzi, 30, posted on her YouTube channel Thursday.

Polizzi explained that she was adopted when she was 6 months old from Santiago, Chile, by her loving parents Helen and Andrew.

"They said right when they saw me, I was like, 'Mama, Dada," Polizzi recalled. "It was like meant to be. I could tell ... It's called fate."

Unlike some adopted children, Polizzi said she never wondered who her "real" parents were. In her eyes, Helen and Andrew are and always will be her only parents.

After picking Polizzi up from Chile, her parents flew home to Marlboro, New York, about an hour from Albany. The star said her nationality is Chilean, but she grew up in an Italian household and therefore considers herself a little bit of both.

"I always knew in my heart that I was adopted," Polizzi said, adding that her parents never sat her down to discuss the adoption. "I was totally fine with it."

At the age of 16, however, Polizzi said she started to wonder what happened to her birth parents and questioned whether she had any siblings. But she quickly dropped the subject when she realized it upset her parents.

When Polizzi hit her early 20s, her dad finally gave her an answer.

“Basically, my birth parents had other siblings and they couldn’t afford me. I can’t even imagine because I have two kids, putting up a child for adoption, to give them a better life,” Polizzi said. “That’s so amazing for them, that shows how much they loved me. But also I could never do that. I can’t even imagine how they felt giving me up but thank you for that.”

Polizzi admitted she would love to meet her birth family, though she doesn't have time to search for them at the moment. Regardless of who they are, Polizzi believes she still would have been the same person — no matter who raised her.

“In the back of my head I’m always curious to meet my birth family,” Polizzi added. “I always wonder if I never was adopted and I stayed with my birth parents would I still be a hot mess like this? Just in Spanish, probably. I feel like I was always meant to be this hot mess.”