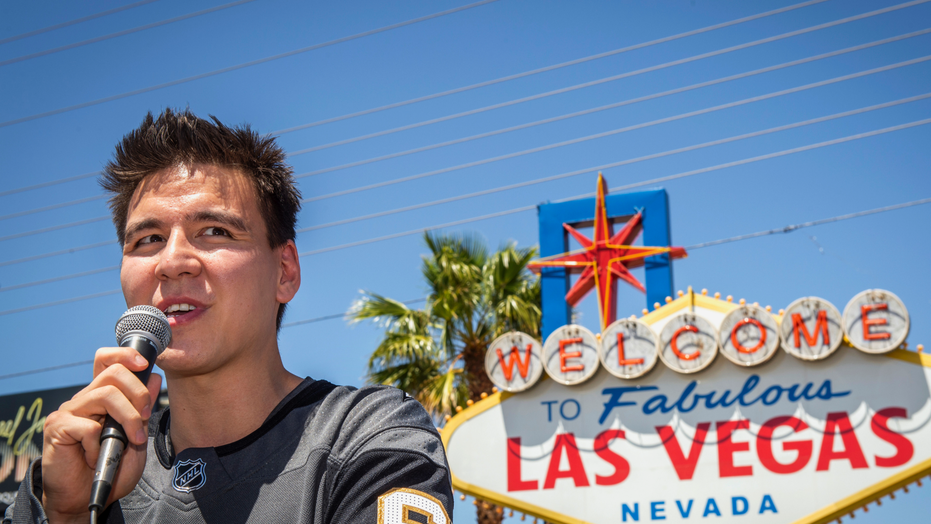 "Jeopardy!" star James Holzhauer may have put down the buzzer, but now he's picking up his poker chips and heading to the Rio Convention Center in Las Vegas to test his luck in the World Series of Poker.

Poker isn't anything new to Holzhauer, who joked that he majored in the sport while enrolled at the University of Illinois, according to the Las Vegas Review Journal. Holzhauer says he was convinced to enter by Hall of Fame poker player and commentator, Mike Sexton.

“I decided to enter because Mike Sexton contacted me and offered to sponsor my buy-ins. I don’t have any plans to enter another WSOP event beyond those two,” Holzhauer told the Review-Journal in an email. “I played online poker semi-professionally in the early 2000s, but I don’t intend to make a career of it now, as I’m sure I wouldn’t be good enough at it to justify forgoing other opportunities.”

Holzhauer says he stopped playing online poker due to a government crackdown in 2011 and hasn't played in eight years.

Jeopardy! sensation James Holzhauer says he will be participating in two events during the World Series of Poker on Monday. ((Caroline Brehman/Las Vegas Review-Journal via AP, File))

GET TO KNOW EMMA BOETTCHER, THE 'JEOPARDY!' STAR WHO BEAT JAMES HOLZHAUER

“I stopped playing online poker due to a combination of the UIGEA legislation and realizing that I could make more money with less effort by betting sports,” he said. “Honestly, my poker skills are so rusty that my main goal is to get lucky.”

Even with his rusty skills, his friend and poker star, Ben Yu says Holzhauer is one of the smartest people he's met.

“In poker, the smartest people are probably like Scott Seiver, Isaac Haxton — [Holzhauer’s] right up there with them for sure,” Yu told the Las Vegas Review Journal. “He has a phenomenal gambling mind. We do a lot of sports betting work together, share a lot of information. He’s definitely someone I look up to.”

Holzhauer joked Yu wants him to enter so he could take his chips.

“Ben Yu is a close friend, but he has bigger fish to fry right now than teaching me how to play cards,” he said. “Other friends have encouraged me to play in the Series, but I think they might just be hoping to get more dead money in the field.”

The gambling phenom says he will donate 50 percent of his winnings in Vegas to charity. Holzhauer has already donated $300,000 from the $2.46 million he won during his record setting winning streak on Jeopardy.

With news of his Jeopardy host Alex Trebek battling cancer, Holzhauer donated over $1,000 dollars to a pancreatic cancer walk, with the note, "For Alex Trebek and all the other survivors."