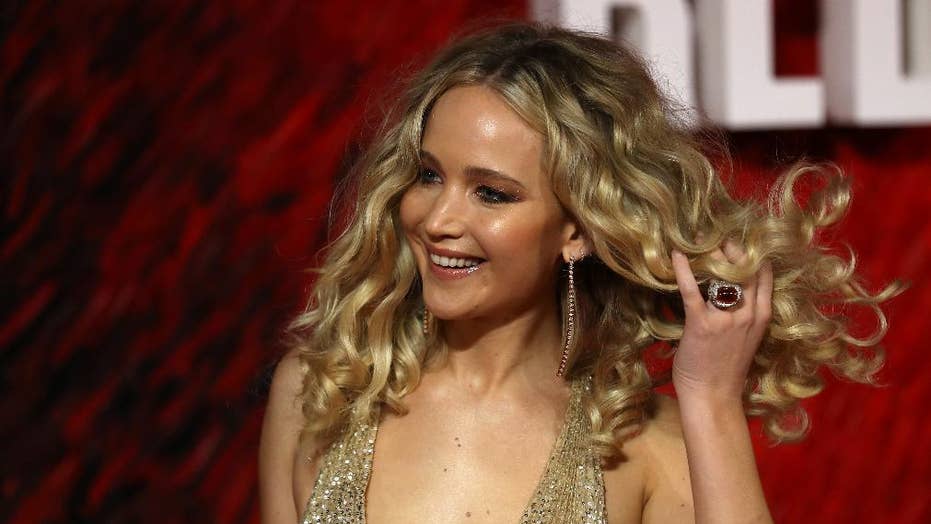 In 2014, hackers stole nude photos of actress Jennifer Lawrence and published them on the internet. Since then, the actress generally stayed away from nude film scenes, until now. Lawrence opens up about her role in “Red Sparrow” and why she felt “free” after filming the more sexual scenes.

Jennifer Lawrence has admitted that she was nervous to strip down for her recent role in her new film, "Red Sparrow." But the actress later found the experience to be "empowering "after feeling violated when she fell victim to a nude photo hacking scandal years prior.

In 2014, Lawrence's privacy was breached when nude photos were leaked of the actress online. At the time, the actress admitted to feeling "unbelievably violat[ed]," leading her to be somewhat "terrified" to do her first nude scene in the Russian spy drama.

“I was terrified. I don’t think I have ever been so scared of doing a movie before in my life. It was a lot of firsts for me,” she told Bill Whitaker in a new "60 Minutes" interview. “Cool, so I’m really naked getting freezing cold water poured on me.”

But the actress, who once said that she had to get "very very drunk" to film a sex scene with former co-star Chris Pratt in the film "Passengers," said she has now become a lot more comfortable with showing skin since the 2016 space thriller.

"I mean it was empowering for me personally... I feel like I didn't even really realize until I had finished that scene how much fear and insecurity and a complex of being judged had been following me for so many years, and when I finished it," Lawrence told Fox News on Friday. "I ended up thanking [director Francis Lawrence], which might sound crazy but also we're talking about a world of deceit and corruption and abuse and abuse to women through the lens of a woman who regains her freedom through losing her intellect and I don't think there is a better time for this movie than right now."

Lawrence further explained during her "60 Minutes" interview that stripping down for the film has ultimately helped her to regain a new sense of self.

"I feel like something that was taken from me I got back and am using in my art."

In the same interview, the star revealed she is self-taught.

“I dropped out of middle school,” she told “60 Minutes.” “I don’t technically have a GED or a diploma. I am self-educated.”