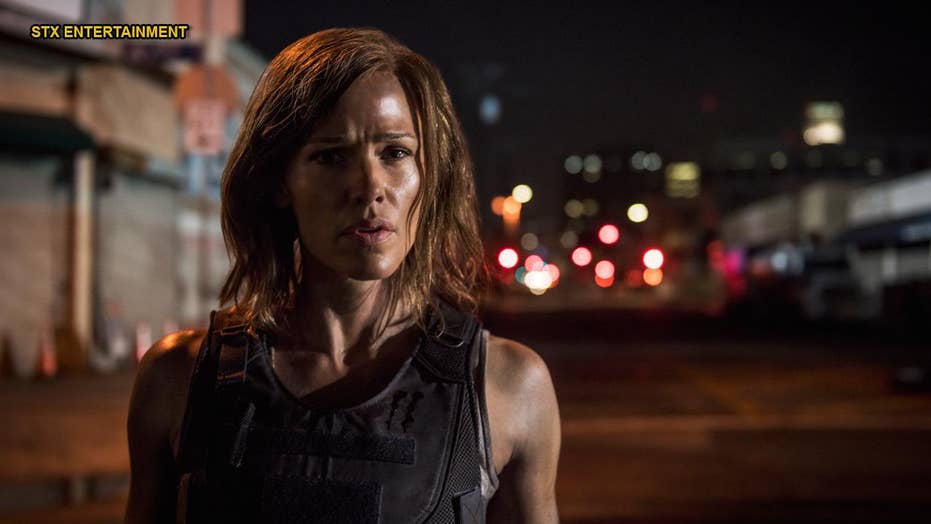 Jennifer Garner: 'I am terrified' of my kids using social media

Jennifer Garner is fighting back in her latest action flick 'Peppermint' but, if there's one thing that terrifies her, it's the idea of her kids growing up with social media.

Jennifer Garner is fighting back in her latest action flick but, if there’s one thing that terrifies her, it’s social media.

The 46-year-old, who is the mother of three with estranged husband Ben Affleck, told Fox News she’s determined to keep her children offline.

“Oh my gosh, I don’t know,” said the “Peppermint” star. “My kids don’t have any social media yet. And I am terrified. I think it puts so, so much pressure on kids at an age when they’re really vulnerable anyway. You know, if anyone has any clues, let me know."

“I am probably overprotective,” admitted the actress.

Garner’s real-life role as a hands-on parent compelled her to take on the role of Riley North, a young mother seeking vengeance from her enemies after she witnessed her husband and child get gunned down right in front of her.

“I think you can’t ignore the power of, the depth of a mom’s feelings,” explained Garner. “And I think that you don’t have to be a mom to understand that.

"We’re all human, so for anyone, we all play ‘The Joy of Motherhood, ‘The Beauty of Motherhood,’ but to dig into the terror and the fear and the rage of motherhood was a whole new place. And that was part of what was so fun about this.”

Jennifer Garner with her children. (Getty)

However, getting ready to transform from suburban soccer mom to no-nonsense vigilante was easier said than done. The star claimed it’s been "a decade" since she was in fighting shape to punch, shoot and maim her foes with nothing to lose.

“It’s different being in fighting shape, instead of just regular lady-on-the-street trying to be in good shape,” she explained. “It is a whole other level. And it was very, very intense. Luckily, my kids were in school so I had the time to really say, ‘OK, I’m going to do an hour of this.’ Or I’ll cover a couple of hours.

“… Then I’ll train with my stunt team. And it was a lot. It was a lot of working out. But I knew what I was getting into, and I knew how to do it, and, I said to them, ‘Let me train the way I wanted, and if you don’t like the results, then you can bring in your big guy trainers.’”

And Garner was all too willing to kick butt at whatever cost and take matters into her own hands.

“She’s a mom-next-door, just like anyone, but she absolutely gets pushed to extremes,” said Garner about North seeking justice.

These days, Garner is fighting a completely different kind of battle involving her family — and it may explain why she worries about her children using social media.

In late August, Affleck, 46, checked in rehab for a third time after Garner reportedly staged an intervention.

TMZ first reported that the actor checked into a treatment facility after Garner went to his home to sit down with him.

Garner and Affleck split in 2015 after 10 years of marriage. The “Justice League” actor reportedly moved on with the family’s then 28-year-old nanny, Christine Ouzounian.

Soon after, Affleck began dating “Saturday Night Live” producer Lindsay Shookus. However, it was recently revealed that they broke up, which reports say took a toll on the actor’s sobriety.

News of a new rehab stint comes after the troubled actor was seen around town with 22-year-old Playboy model Shauna Sexton, who is rumored to be his new girlfriend.

The Blast obtained photos of Affleck receiving a delivery of alcohol at his home in the days leading up to his encounter with Garner. People Magazine reported that Affleck has been in ongoing treatment and attending meetings for alcohol abuse.

It also notes that he knew he needed treatment and was vocal about it. He reportedly didn't resist Garner's pleas for him to enter rehab.

An insider told Page Six that, “He’s having a tough time. It’s unclear what his relationship is with Lindsay and he still has his relationship with Jen. It’s not easy and he’s struggled with staying on a straight path before.”

Affleck is reportedly in a live-in treatment facility where he will stay for an extended period of time.