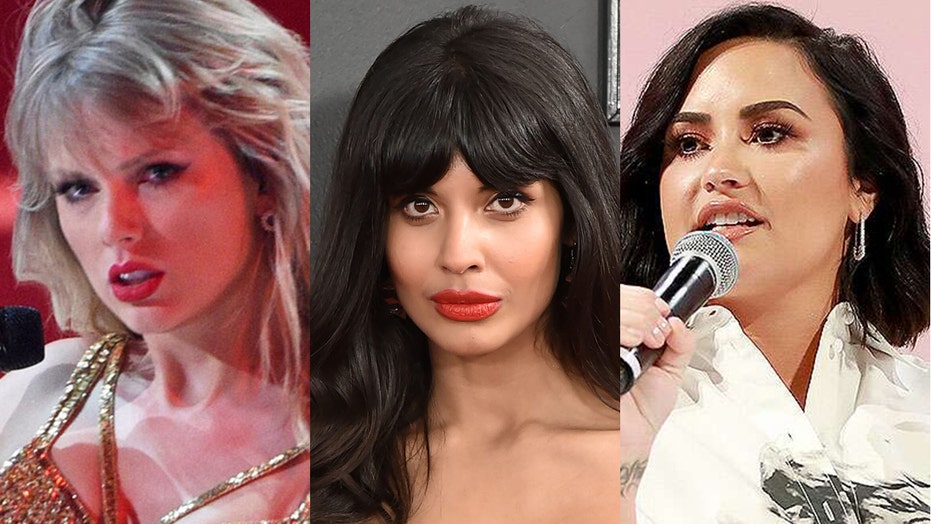 Jameela Jamil fired back at people who tried to drag her into the middle of the ongoing feud between Taylor Swift and Demi Lovato.

Things started when the former “Good Place” actress had Lovato on her podcast. “I Weigh with Jameela Jamil." Swift fans were upset that Jamil was hosting the “Anyone” singer after she sided with Scooter Braun, whom Swift made public enemy number one with her fans when he acquired her previous record label and took ownership of her master recordings.

“I’m not being dragged into celebrity feuds. I’m 34,” Jamil said on Twitter after Swift fans panned the episode. “I’m not involved in any of these dynamics. I don’t care which of them dislike each other. I’m interviewing interesting humans sharing their unique mental health journeys that may help others to learn about. Demi’s episode is 👌🏽”

When one user responded, “youre just bestfriend with taylor swift,” Jamil shot back again.

“I know and like all of these women separately,” she wrote. “Their inter personal histories and relationships are not my fight/business. Not all humans have to get along. Not all women have to get along. It is not as black and white as the internet decides it is. Humans are very complicated.”

As Entertainment Tonight notes, Lovato has been vocal about her issues with Swift in the past despite the two initially being friendly with each other thanks to mutual friend Selena Gomez. However, the two celebrities don’t seem to be as volatile toward one another as fans would think.

Jameela Jamil had no time for fans who wanted to drag her into the feud between Taylor Swift and Demi Lovato. (AP/Getty Images)

"This is so awesome and put the biggest smile on my face," Swift replied at the time. "Thank you @ddlovato."