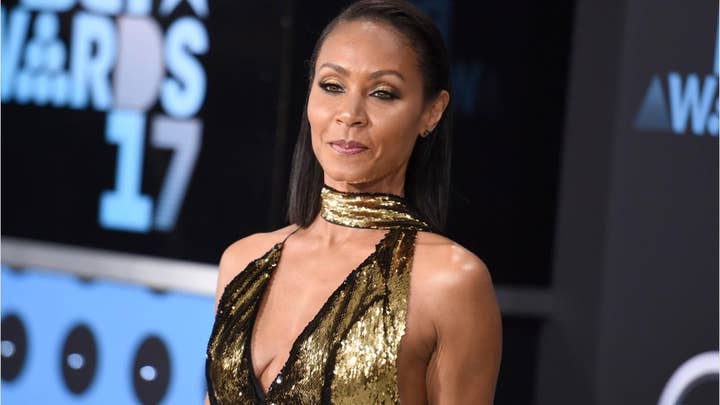 “I didn’t like it. It just didn’t have the level of intimacy [I wanted]. But I tried it once and I was like, ‘Well, that’s not for me,’” the "Girls Trip" star added.

Her mother, Adrienne Banfield Norris, who is a co-host on the show replied, “[It was] a sexual experiment.”

The episode features the three women meeting and talking with a "throuple" -- two women and a man who are all in a romantic relationship.

Pinkett Smith has a lot to celebrate lately. The entertainer won the Trailblazer Award at the 2019 MTV Movie & TV Awards on Monday night. She said in her speech, “Often we applaud the trails that people blaze in the external world that we can see, but very rarely do we applaud the trails that are blazed in the hidden rooms of the mind, that are full of uncertainty, false beliefs, and pain."

“It’s these eternal obstacles that must be challenged in order to muster the courage to forge new paths that we can see in the world,” she added. “Every last person in this room must do that at some capacity.”

“That means that every single person in this room is trailblazing, whether it’s within or without,” the wife of Will Smith. “So as you honor me tonight, I wanna honor all of you and I wanna say here’s to us for all of our trailblazing!”