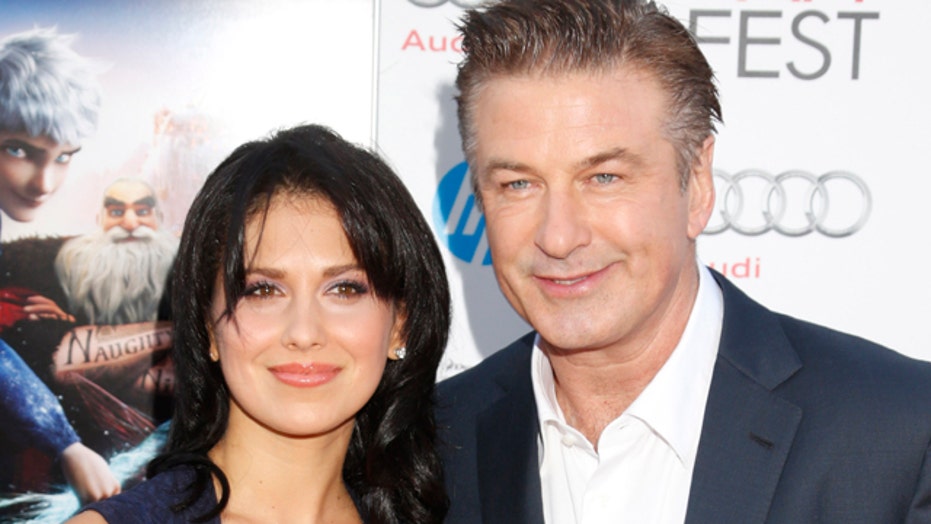 In Hollywood, guys almost always hook up with younger gals, but rarely is it the other way around

NEW YORK – Congratulations are in order for Alec Baldwin and his glowing wife Hilaria. The newlyweds announced on Tuesday that they are expecting a baby this summer.

That is a 26 year age difference.

May/December romances are quite common for celebrity couples, from Michael Douglas and Catherine Zeta Jones to Hugh Hefner and Crystal Harris. Yet the gender roles rarely seem to reverse.

Hollywood has made a lot of advancements, but is it a double standard that men can be double the age of their significant others, while women like Demi Moore and Linda Hogan are the butt of jokes for dating younger men?

“It does seem a little bit more acceptable for men in Hollywood to date and marry much, much younger. However there was Demi Moore and Ashton Kutcher. There was a huge age difference there," said Dorothy Cascerceri – Senior Editor at In Touch Weekly Magazine. "When J-Lo split up from Marc Anthony and started dating Casper Smart who’s much younger than her people couldn’t believe it. They were shocked. So there certainly is some sort of double standard when it comes to men in Hollywood.”

But some see some movement.

“The double standard was there like ten years ago but now it’s changing and evolving," said Stanley T. Host of SiriusXM’s The Morning Mash Up. "A woman is not disrespected if she goes into a place with a young hottie on her arm. Look at J-Lo. Men are kind of stupid and slow and women are more mature so it’s a good mix in my opinion.”

Although it may be fine to have a large age gap, things can get trickier when babies are involved.

“More power to them. They want another child, they want to give that to their wife, that’s probably another reason," she said. "And you know what, if that’s what they want to do, hopefully they’ll be the best dads.”