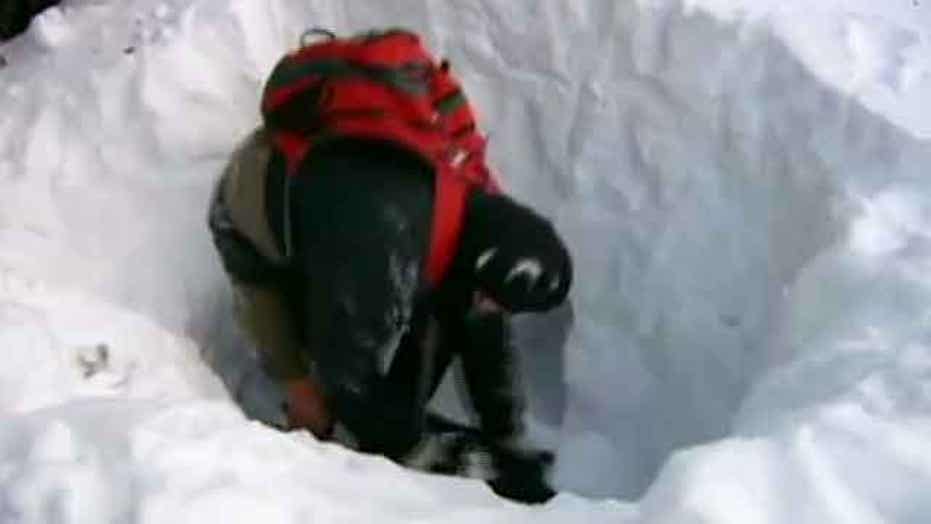 Nicholas Joy was lost in the Sugarloaf Mountains for two days, but the 17-year-old from Medford, Mass., knew how to fend for himself.

“[The rescuers] asked how he knew to do all this stuff, and he said he likes watching survival TV shows,” Sugarloaf Ski Resort rep Ethan Austin told FOX 411.

Though Austin said he was unsure exactly which TV shows Joy had learned his survival tactics from, it is clear the high school senior had learned some valuable information on how to survive in the wilderness.

Executive producer of “Dual Survival” French Horwitz said he suspects Joy got the idea to build a snow cave to stay warm from watching the popular Discovery series.

“When I first heard about the story, my first thought was it’s got to be [from] ‘Dual Survival’ because we did an episode with a snow cave,” he said. “In fact, they’re in the mountains and Cody Lundin shows how you build a cave.”

The episode, titled “Buried Alive,” originally aired in April 2011 and was filmed in the Rocky Mountains. The episode has rerun more than a dozen times since it first aired.

“So we’re assuming that may be where he got the idea,” Horwitz said.

The show’s star Lundin said that whether or not Joy got the idea from a “Dual Survival” episode, he did the right thing when faced with the cold temperatures outside in Maine.

“The real risk to his life [was] hypothermia,” Lundin said. “The kid is alive. You can’t argue with that, and I am very proud of him and proud to have maybe been a part of it.”

But while survival shows are clearly entertaining,-- both "Dual Survival" and "Man vs Wild" have garnered more than one million viewers-- can watching them actually save your life? Lundin said he believes they can.

“You can pick up tips that can save your life,” Lundin said.

The survival veteran, who lived in a brush shelter in the woods for two years, said his show can give viewers ideas on how to survive if they find themselves in a dangerous situation.

“I just had a woman write me two months ago,” he said, explaining the woman had gotten stuck while kayaking. “She said ‘I kept remembering what you did on the show and how calm you were, and that helped me very much.’ The title of her email was ‘Thank you. You saved my life.’”

Bear Grylls, of "Man vs Wild" fame, said he too has seen cases where his show helped people stay alive in the wilderness.

"It makes me so proud to know that all those times I have busted my backside in some desert and jungle that it is worthwhile," he said. "The advice continues to help save people, but ultimately it is then down to them to show the courage and fortitude to act on that advice and make it out alive themselves."

Lundin added viewers of survival series shouldn’t assume if they watch the shows they will be able to survive in the wild.

“Realize if you want to really learn outdoor survival skills, you need to be outdoors,” he said. “People need to get off their couch and go outdoors.”

"Dual Survival" is primarily meant to be entertaining, Horwitz said, but he feels it has been successful because viewers also find it to be educational.

“Obviously we’re in the entertainment business, but we hope people can take something away from the show as well,” he said. “Yes it’s cool to see two tough dudes try to survive in a scenario, but [viewers] also feel like they learned something.”

The Joy family did not immediately return FOX 411’s request for comment.