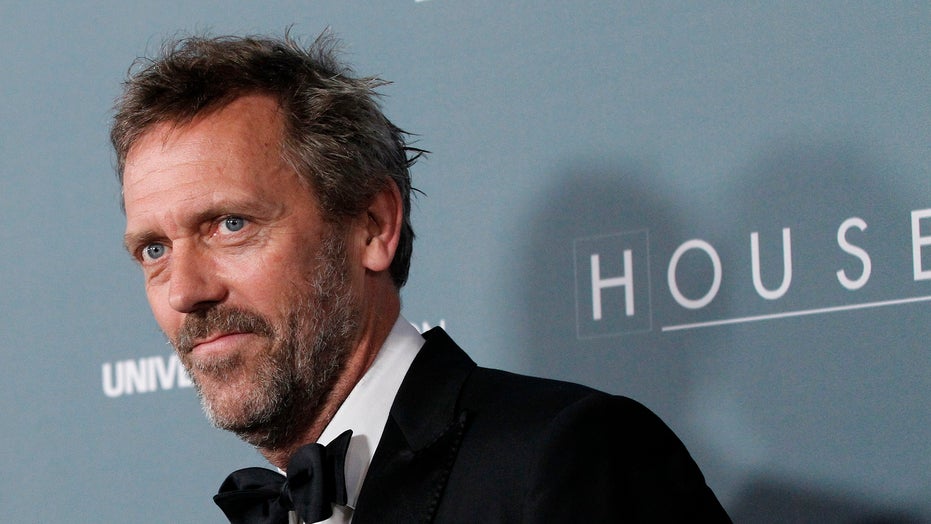 PASADENA, Calif. – Hugh Laurie is back in his element.

The former “House M.D.” actor stars in a new space comedy “Avenue 5,” which is set some 40 years into the future, and follows his character, Ryan Clark, a captain of a luxury space cruise ship as he and the ship’s crew deal with disgruntled passengers and untimely events after a slew of technical difficulties spark a calamitous voyage.

Laurie, 60, opened up to reporters last week at the Television Critics Association winter press tour about his new role as Captain Ryan and was asked about how he managed to channel his comedic character who is thrust into a fish-out-of-water situation of epic proportions and often seems way above his head.

“I think it is the most extreme version – Ryan is the most extreme version of what Nikki [Amuka-Bird] was talking about,” said Laurie. “The facade that the adult world presents to the rest of the adult world – we all do – in any number of different contexts.  We're sort of forced to pretend a competence or a confidence that none of us can really have, but if we do have it, it's evidence of psychopathy, generally speaking, because it is the most human quality of all I think is doubt.”

Laurie quickly likened his character’s adjustment of playing off his mistakes to his longtime part as the grumpy genius Dr. Gregory House, whom he starred as from 2004 until the series ended in 2012.

JASON BATEMAN ON THE PERKS OF DIRECTING HIMSELF: 'I'VE GOT ONE HAND ON THE WHEEL BEHIND THE CAMERA'

“The self-questioning and that sense of faking it, I've had – it's weird – in the last 10 years, had such an extreme version of it, pretending to be,” Laurie explained. “I spent longer pretending to be a doctor than it would've taken me to become a doctor, which is a really peculiar thing made more so by the fact that my father was a doctor.”

Accepting a collection of laughs from the room of reporters, Laurie continued: “And as much as every man feels like a fake version of their own father, I sort of had it triply so. But I think that is something that everybody feels.  I mean, I don't know what it is like to write your first piece and send it in and feel like… does that feel like a grownup thing to say or a grownup observation?”

NICOLE KIDMAN ON HER CAREER: 'I WENT THROUGH A TOUGH TIME WHEN I DIDN'T HAVE GOOD CHOICES'

The blues singer, who also plays the piano, harmonica, guitar, drums and saxophone, also told reporters that he actively still does music, adding that he plans to release his third album at some point in the future.

“Yes, I am. That's my daily for active devotion and worship is sitting at the piano,” Laurie explained. “And, yes, I do plan to do a third – that's right – third record. So, yes, I am. Thank you for noticing.”