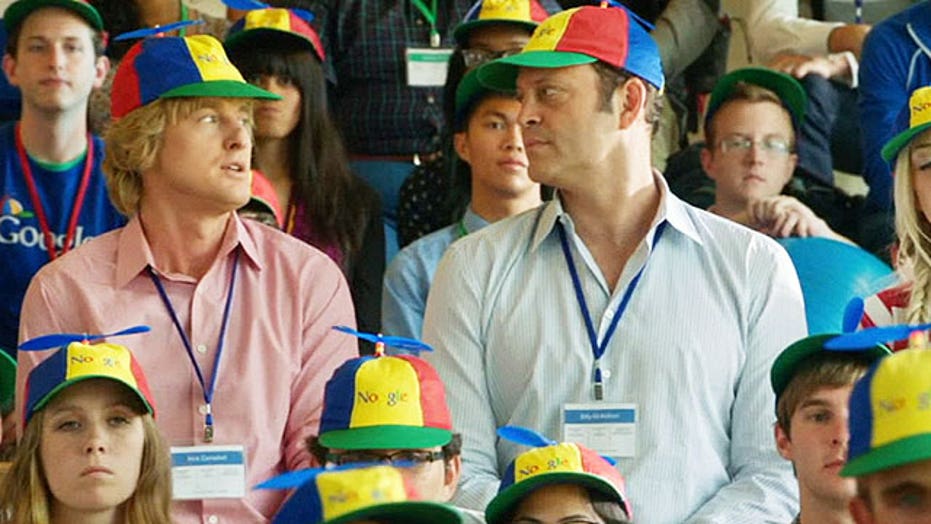 Bring Wilson and Vaughn home for an unrated 'Internship'

Raunchy comedy now yours to own

Get comfy in those nap pods and put in a movie! The Google campus comedy “The Internship” starring Vince Vaughn and Owen Wilson heads to Blu-ray and DVD this week, complete with an unrated version. Meanwhile for coming-of-age family comedy there’s “The Way Way Back” with a cast full of comedic stars including Steve Carell, Toni Collette, Maya Rudolph, Sam Rockwell, and Amanda Peet.

Just in time for Halloween, there’s “The Conjuring” with Patrick Wilson and Vera Farmiga about a haunting at a farmhouse.

In romantic flicks, there’s the continuation of the “Before…” series called “Before Midnight” starring Ethan Hawke and Julie Delpy in the story of Jesse and Celine Wallace that began with “Before Sunrise” and “Before Sunset.” This chapter finds them on a family vacation.  Special Features include commentary with the stars and their director Richard Linklater.

For even more Halloween fun, check out “The Vincent Price Collection” featuring six Vincent Price films packaged along with bonus content like still galleries and a 24-page Collector’s book. For comics fans there’s “Necessary Evil: Super-Villains of DC Comics,” a documentary about all the bad guys narrated by Christopher Lee.

In new music, Katy Perry sends out “Prism” featuring her recent hit tune “Roar.”  Actor and jazz musician Hugh Laurie has his first full length concert DVD with “Live on the Queen Mary”.  Plus Def Leppard bring their 11-show Las Vegas residency to your house with “Viva! Hysteria” on Blu-ray.  According to lead singer Joe Elliott, “It’s the entire Hysteria album from start to finish. First song “Women”, last song “Love and Affection” and everything in between as is on the record… but in front of a pretty, pretty rabid crowd.” Included on that collection, the sure to get them dancing hit “Pour Some Sugar On Me.” They say it’s hard to get tired of playing it when you see the crowd’s reaction!  Elliott says, “Some of those songs when you're just doing them in front of the crew or just a blank wall, how many times do we really need to do this song? But in front of an audience they've just got a life of their own. When you've got an audience that really reacts to a song say like 'Pour Some Sugar on Me' especially all the girls who are all up dancing and stuff it's really hard not to just think, you know, this is not a bad job.”

Click the video for more of what’s new in home entertainment.