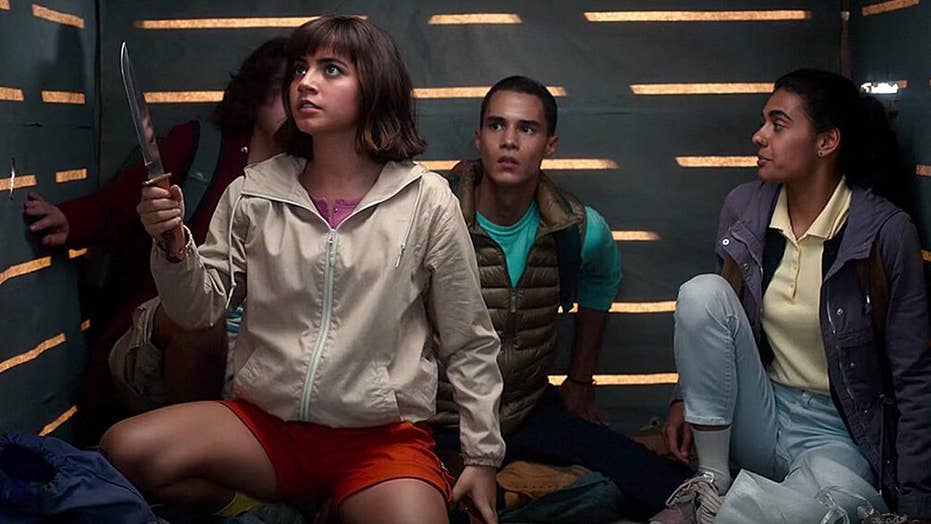 Hollywood Reporter film critic Todd McCarthy's review of the new kids film 'Dora and the Lost City of Gold' went viral this week, mainly because it took issue with the fact that the stars, Isabela Moner and Jason Wahlberg, aren't sexualized in the film. The review wasn't well-received, with social media slamming its tone-deafness and alleged implied perversion.

A review for "Dora and the Lost City of Gold" went viral this week for all the wrong reasons.

The Hollywood Reporter's review of the film, based on Nick Jr. series "Dora the Explorer," uses language that gave many readers pause.

He expounds that the film's star, Isabela Moner, is “actually 18 and looks it despite preventive measures," adding that the same issue applies to 19-year-old Jeff Wahlberg, who stars as Dora's cousin Diego.

"Dora and the Lost City of Gold" is a children's film based on Nick Jr. classic cartoon "Dora the Explorer." A critic lamented that the film's stars, Isabela Moner and Jason Wahlberg, aren't sexualized in the film. (AP / Paramount)

"There’s a palpable gap you can’t help but notice between the essentially innocent, borderline-pubescent nature of the leading characters and the film itself, and the more confident and mature vibes emanating from the leading actors," McCarthy writes. "The director seems to be trying to keep the hormones at bay, but there are some things you just can’t disguise, perhaps human nature first and foremost. Dora seems committed to projecting a pre-sexualized version of youth, while throbbing unacknowledged beneath the surface is something a bit more real, its presence rigorously ignored."

"I know we joke like 'haha all guys do is think about their d—s' but then THE HOLLYWOOD REPORTER publishes a review of the Dora the Explorer movie that laments its 'pre-sexualized version of youth' and you realize that yup....that dude assumed Dora was about his d—k," another remarked.

Another user tweeted a screenshot of the review with the comment, "WHY AREN'T THE CHARACTERS IN DORA THE EXPLORER F—KING?"

Fox News has reached out to Paramount Pictures and The Hollywood Reporter for comment.