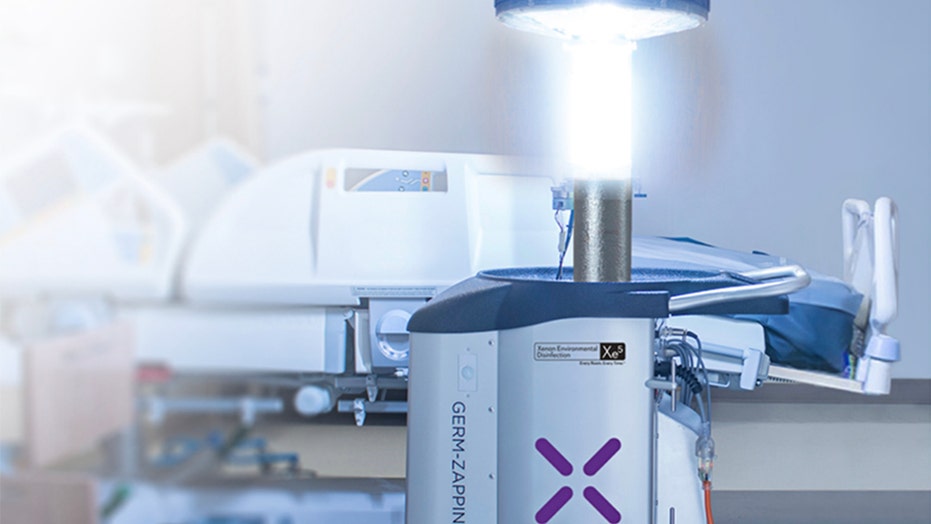 As film and television productions prepare to resume after halting during the coronavirus outbreak, studios are turning to a new strategy to keep sets safe.

Hollywood execs have reportedly taken notice of a "germ-zapping robot," a device that uses ultraviolet light to kill the virus.

Testing at the Texas Biomedical Research Institute indicated that the robot is 99.9 percent effective at killing the virus and can clean a surface in two minutes. The machine, manufactured by Xenex Disinfection Services, can clean an N95 mask in five minutes.

The program is aimed at helping films and television shows resume productions safely by killing particles of the novel virus that can live on some surfaces for days.

The outlet reports that Stibich and Golding have approached Tinseltown titans such as Netflix, Sony and Amazon to discuss the bots.

"The way we like to think of it is that our pathogens, like coronavirus, have evolved — but our tools that clean the environment haven't," Stibich told THR. "We're still basically using buckets and mops and wipes, and what we need is a new tool in order to reduce the risks that the environment may cause an infection.”

Per THR, CBS has put a machine on hold for potential use on the show "Blue Bloods," but the machine has to first be approved by task forces dedicated to maintaining new production protocols.

The machines are already being used at medical facilities around the world and will be available for rent or purchase, coming in at around $125,000.

The devices are relatively simple, only needing a professional to place the machine in a designated area, turn it on and leave the room while the machine generates bursts of light powerful enough to kill germs.

"Our safety protocol is really developed, and we've seen results with reductions in the amount of infections in hospitals," Stibich told THR. "That's why we want to bring it over to the entertainment industry as the studios open up."

The robots have the ability to move, but due to some labor union restrictions, crewmembers may be placed in charge of the devices.

The service will cost $75 per person on set per day on productions lasting for at least 30 days with staff no smaller than 50 people.

Productions are gearing up to resume after weeks of being dormant. Guidelines for California productions are expected to be announced by Governor Gavin Newsom next week.