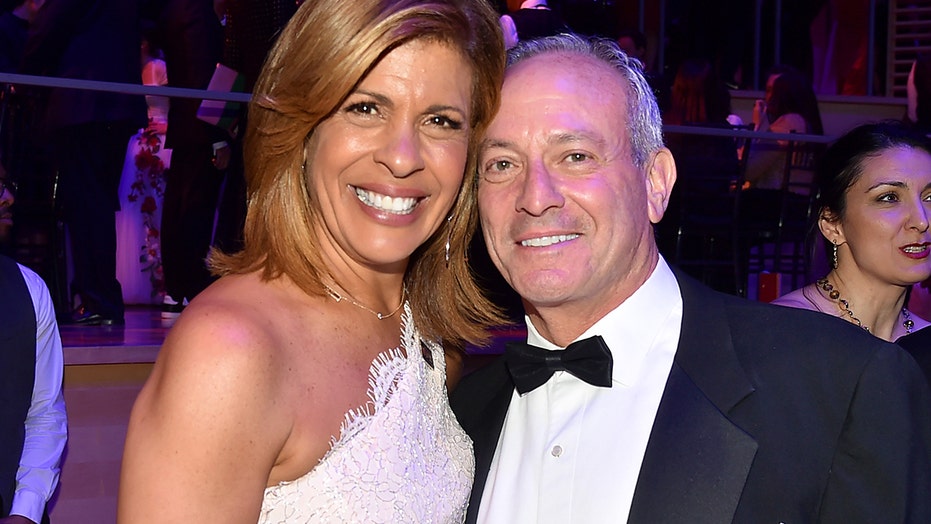 Hoda Kotb is engaged to her longtime boyfriend, Joel Schiffman.

The talk show host made the announcement on the "Today" show on Monday morning.

"I have to tell you something. A friend of mine, a friend of ours, asked me to let you guys in on a secret," Kotb told her co-hosts on Monday."Her [name is] Hoda Kotb and she’s engaged."

The mom of two then held up her ring finger to show off her engagement ring while her co-hosts were in complete shock by the news.

Schiffman and Kotb began dating in 2013 and are parents to daughters--Haley Joy and Hope Catherine.

The couple celebrated six years together in June.

Hoda Kotb and Joel Schiffman attend the 2018 TIME 100 Gala at Jazz at Lincoln Center on April 24, 2018 in New York City. The couple announced their engagement on November 25, 2019. (Patrick McMullan/Patrick McMullan via Getty Images)

“Ps thank you @jolamathisen and #tyler .. if it weren’t for you two.. we never would have met on that night,” she added to her friends who set her up with Schiffman.

Kotb opened up about her relationship with Schiffman, a financier, back in 2015 after going public with their relationship.

She gushed over Schiffman on "Watch What Happens Live," hosted by Andy Cohen.

"You know, I met him a couple of years ago. He's the greatest guy ever," she said at the time.