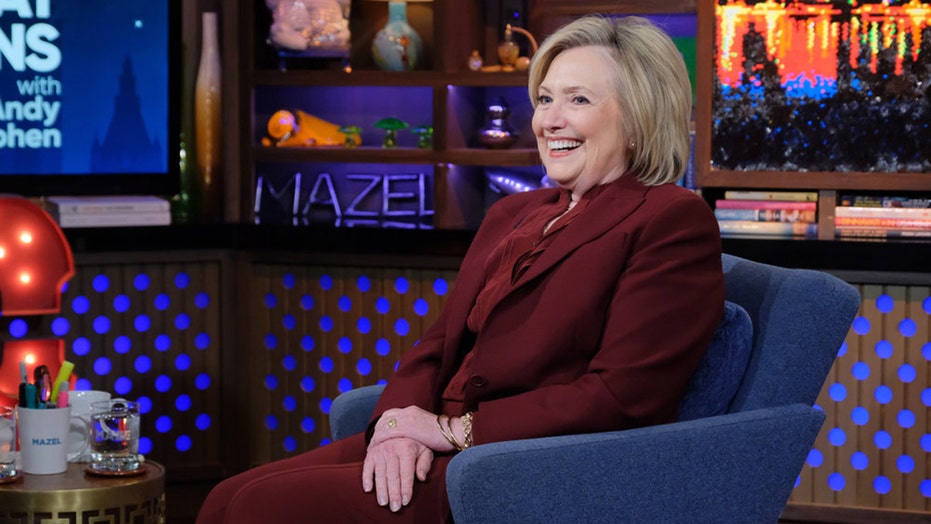 Hillary Clinton appeared on the latest episode of “Watch What Happens Live,” where host Andy Cohen asked her to reveal her “Real Housewives” tagline.

The former secretary of state sat down with Cohen to promote her Hulu documentary, which dropped on March 6. To open their lengthy interview -- in which she touched upon her career, marriage, Bernie Sanders and more -- Cohen asked her to show off her best, character-defining “Real Housewives” tagline.

“I’m neither as good nor as bad as some people say,” she deadpanned.

Elsewhere in the interview, Clinton responded to a fan question and revealed which of the many women that have impersonated her over the years on “Saturday Night Live” did the best job.

“Obviously, I thought they all did a really great job, but probably Kate McKinnon and Amy, Amy Poehler were the ones I thought who… really captured it,” Clinton said. “When I went on ‘SNL’ I was really surprised that they could take an outfit you were wearing literally 24 hours before and make it so that the person playing you would be wearing it. So, I did a little bit of a double-take.”

She went on to note that, because of her busy schedule, she wasn’t able to watch “SNL” regularly, but noted that she did check in with the show from time-to-time. When Cohen asked how she handled the constant roasting, Clinton noted that it was easy for her.

Hillary Clinton said she had no thoughts on Ryan Murphy's upcoming dramatization of her husband, Bill Clinton, being impeached in the 1990s. (AP Photo/Susan Walsh, File)

“I think it’s funny,” she said. “When somebody is making fun of you, what can you learn from that? So I like watching it.”

“I have no thoughts on that,” Clinton said.