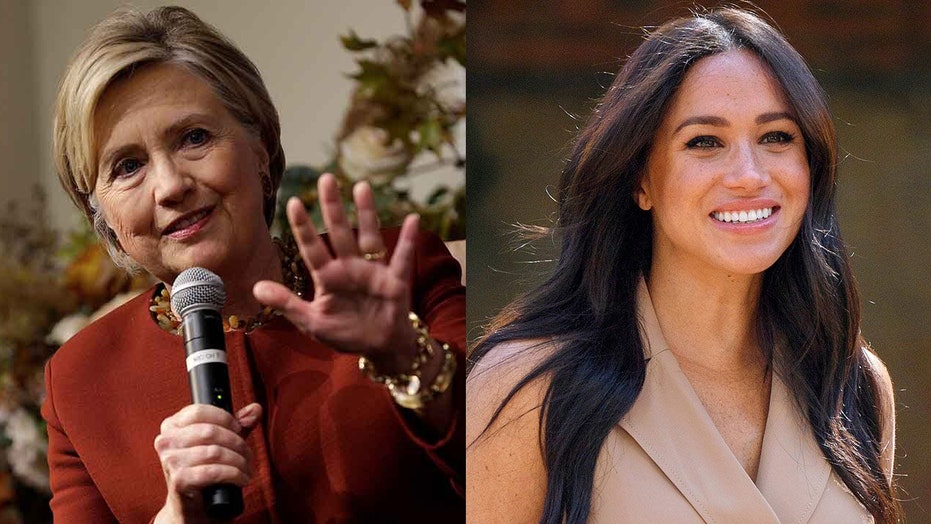 Hillary Clinton shared a quote from Meghan Markle about female empowerment as the Duchess of Sussex navigates her new life post-”Megxit.”

The former secretary of state shared a post on her Instagram Thursday that featured a quote from Markle about women finding their respective voices.

“Women don’t need to find a voice. They have a voice,” the quote reads. “They need to feel empowered to use it, and people need to be encouraged to listen.”

According to People, the Duchess of Sussex delivered the line in early 2018 during a Royal Foundation Forum that was also attended by Prince Harry, Prince William and Kate Middleton.

She added, “Right now with so many campaigns like MeToo and Time’s Up there’s no better time to continue to shine a light on women feeling empowered and people supporting them.”

Clinton’s post comes weeks after Markle and Prince Harry worked out a deal with the queen that will see them move to North America part-time, relinquish their “royal highness” titles and live financially independent from the crown.

Clinton previously discussed Markle’s life in the spotlight of the U.K. media.

"I have a great deal of feeling towards her and about her because it's one thing to be told what it's going to be like when you step onto the biggest stage with the brightest spotlight, joining the royal family, becoming the president or first lady of his family in our country, and yet it's still really hard to imagine," Clinton told BBC Radio while promoting her book “Gutsy Women” in November. "It takes some getting used to -- to have your every move scrutinized and analyzed, and frankly, things made up about, and I really wish her and her husband the very best because they are struggling to have a life of meaning and integrity on their own terms."