Hillary Clinton opted out of weighing on on President Trump's relationship with First Lady Melania Trump on Thursday night.

Appearing on "Watch What Happens Live With Andy Cohen," Clinton took questions from callers, including one who wanted her thoughts on the First Family's marriage. Clinton said it's an issue she'd like to avoid.

In the upcoming docuseries "Hillary," Former President Bill Clinton reportedly claims that his affair with then-White House intern Monica Lewinsky was one of the things he did to “manage my anxieties.”

“Everybody's life has pressures and disappointments, terrors, fears of whatever,” Clinton says in the “Hillary” documentary, according to The Daily Mail, when asked why he had the affair. “Things I did to manage my anxieties for years. I'm a different, totally different person than I was, a lot of that stuff 20 years ago.

“You feel like you're staggering around, you've been in a 15-round prize fight that was extended to 30 rounds and here's something that will take your mind off it for a while, that's what happens,” he says.

In the documentary, he indicates that he has felt “terrible” as he has watched Lewinsky try and live a normal life in the wake of the scandal.

"I feel terrible about the fact that Monica Lewinsky's life was defined by it, unfairly I think,” he said. “Over the years I've watched her trying to get a normal life back again but you've got to decide how to define normal." 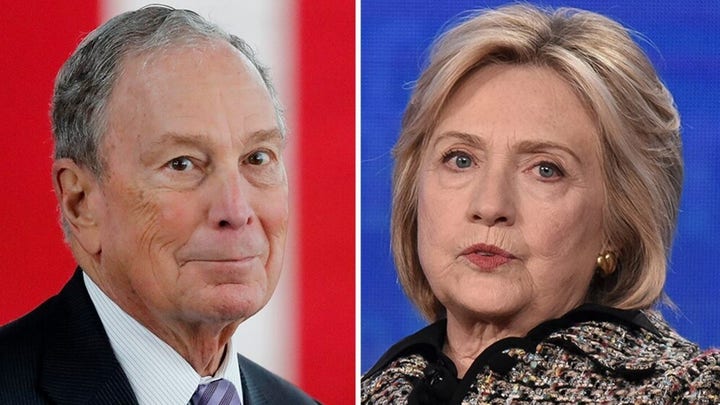 During her late-night appearance, the former secretary of state, however, did not hold back on the current first lady's "Be Best" project.

"I think she should look closer to home," Clinton responded.