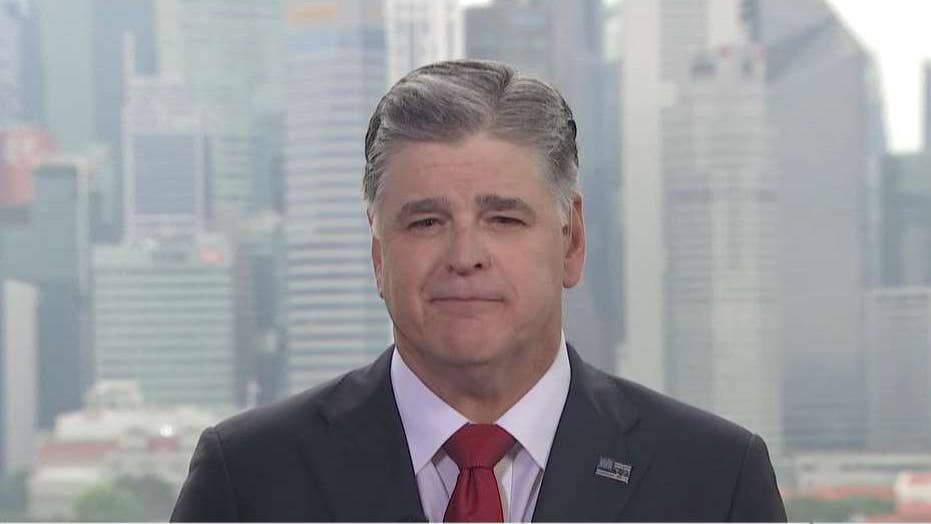 How President Trump has already garnered more diplomatic success in the region than any other administration in modern history.

Fox News' "Hannity" had more viewers than any other program on television Monday night, even beating ABC's hugely popular “The Bachelorette,” as millions of people tuned in to watch President Trump's historic handshake with North Korean leader Kim Jong Un.

“Hannity” ranked number two after “The Bachelorette” in the key demo of adults 25-54.

Trump was in Singapore where he and Kim signed a document stating Pyongyang would work toward "complete denuclearization of the Korean Peninsula."