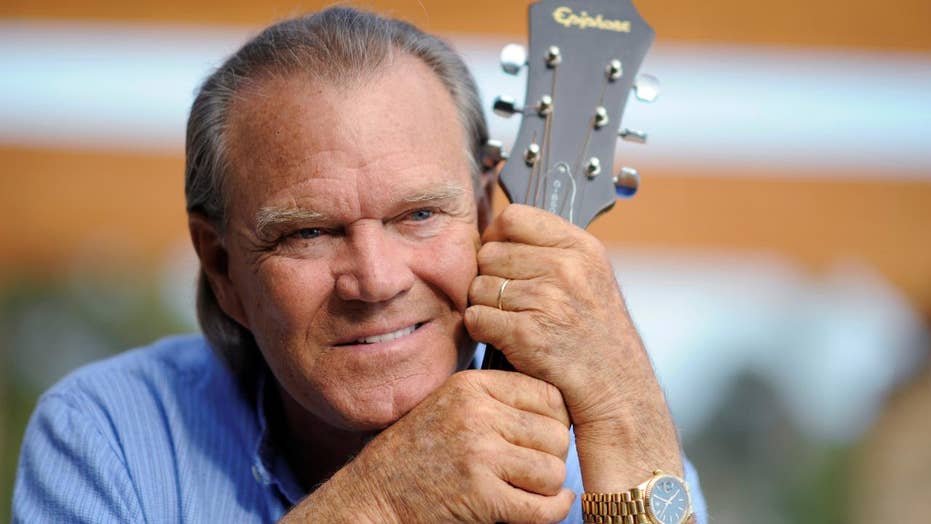 Kim Campbell, the widow of late country singer Glen Campbell, said she was already prepared to say goodbye to her beloved, who succumbed to Alzheimer’s disease in 2017 at age 81.

“It’s such a long, long goodbye that you’re conditioned already to accept it,” Kim told People magazine on Wednesday. “But you carry around the sadness with you for so many years. The sadness lingers.”

The 61-year-old told the outlet she is determined to keep the legacy of her husband alive. The Glen Campbell Museum is set to open this year in Nashville. However, Kim admitted that going through his archives and reliving their life together has been bittersweet.

Glen Campbell and Kim Woollen sit down for an interview with CMT at the Bridgestone Arena on September 19, 2011, in Nashville, Tennessee. (Photo by Rick Diamond/Getty Images)

“When I touch his clothes and when I look at the pictures of us together, it’s heart-wrenching for me, because I miss him every single day,” she admitted. “[But] I feel like it’s a way to honor him, and I want to do everything I can to preserve his legacy and to share it with future generations.

“No one did more for country music than Glen Campbell, because when he had his TV show, he brought country music to the forefront,” Kim continued. “He made the country fall in love with country music. It’s so appropriate and right that he has a presence in Nashville, which is the heart of country music.”

People shared that the museum, which was developed by Kim and Clearbrook Hospitality, will highlight key artifacts from his lengthy career, including his stage outfits, guitars, as well as his golfer’s club collection and his 2011 World Series ring from his partial ownership of the Arizona Diamondbacks.

“There were so many great suits made for him,” said Kim. “I love all the crazy embroidered bell-bottomed outfits that he wore with the big belt in the ‘70s. We have so much great memorabilia. It’s kind of a sexy museum if you ask me.”

In addition, the museum will also highlight the “Rhinestone Stage,” which is an intimate performance venue for up-and-upcoming artists.

A portion of ticket sales from the museum will go toward Abe’s Garden, the memory care facility where Campbell lived during his final years, as well as the Kim & Glen Campbell Foundation, which funds music therapy efforts.

Kim said that the experience in reliving such cherished memories has helped her heal over the years.

“He had an incredible sense of humor, and throughout our days, something will remind us, and we go, ‘If Dad were here, he would say this,’” said Kim. “So we still enjoy his sense of humor — even though he’s not here, we still hear him saying it.”

“I think about his arms around me as a loving husband and my best friend,” continued Kim. “He told me every single day how much he loved me. He overcame so much. When I met him, he was an alcoholic and addicted to drugs. He overcame all of that and became the best father and husband I could’ve ever imagined."

Back in 2011, Campbell announced he had been diagnosed with Alzheimer’s disease and that it was in its early stages at that time.

In this July 27, 2011 photo, musician Glen Campbell poses for a portrait in Malibu, Calif. Campbell, the grinning, high-pitched entertainer who had such hits as "Rhinestone Cowboy" and spanned country, pop, television and movies, died Tuesday, Aug. 8, 2017. He was 81. Campbell announced in June 2011 that he had been diagnosed with Alzheimer's disease. (AP Photo/Matt Sayles, File) (AP Photo/Matt Sayles)

In his lifetime, Campbell won five Grammys, sold more than 45 million records, had 12 gold albums and 75 chart hits, including No. 1 songs with “Rhinestone Cowboy” and “Southern Nights.”

His performance of the title song from the 1969 film “True Grit,” in which he played a Texas Ranger alongside Oscar winner John Wayne, received an Academy Award nomination. He won album of the year awards twice from the Academy of Country Music and was voted into the Country Music Hall of Fame in 2005. Seven years later, he received a Grammy for lifetime achievement.

His last record was “Adios” and it featured songs that Campbell loved to sing but never recorded, including tunes made famous by Bob Dylan, Linda Ronstadt and Johnny Cash.

In this Feb. 12, 2012 file photo, Glen Campbell, center, Kim Woolen, left, and Ashley Campbell arrive at the 54th annual Grammy Awards in Los Angeles. Campbell, the grinning, high-pitched entertainer who had such hits as "Rhinestone Cowboy" and spanned country, pop, television and movies, died Tuesday, Aug. 8, 2017. He was 81. Campbell announced in June 2011 that he had been diagnosed with Alzheimer's disease. (AP Photo/Chris Pizzello, File) (AP Photo/Chris Pizzello)

Campbell was among a wave of country crossover stars that included Johnny Cash, Roy Clark and Kenny Rogers, and like many of his contemporaries, he enjoyed success on television. Campbell had a weekly audience of some 50 million people for the “Glen Campbell Goodtime Hour,” on CBS from 1969 to 1972. He gained new fans decades later when the show, featuring his cheerful greeting “Hi I’m Glen Campbell,” was rerun on cable channel CMT.

Among Campbell’s own hits, “Rhinestone Cowboy” stood out and became his personal anthem. Written and recorded by Larry Weiss in 1974, “Rhinestone Cowboy” received little attention until Campbell heard it on the radio and quickly related to the story of a veteran performer who triumphs over despair and hardship. Campbell’s version was a chart-topper in 1975.

“I thought it was my autobiography set to song,” he wrote 20 years later, in his autobiography, titled “Rhinestone Cowboy." 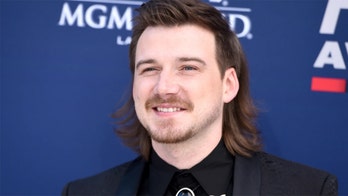 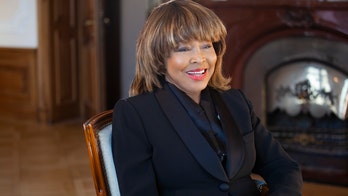