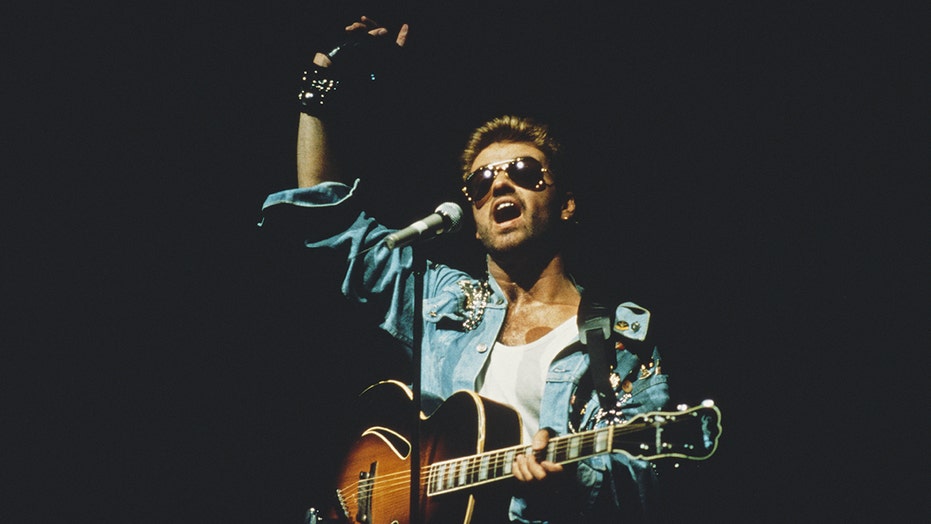 The pop star passed away on Christmas Day 2016 at age 53 in his Goring, England home. Darren Salter, the senior coroner for Oxfordshire, later revealed Michael died of natural causes.

Andros Georgiou recently told the U.K.’s Mirror that the WHAM! star never got over the death of his "greatest love," Anselmo Feleppa. The Brazilian fashion designer passed away in 1993 after contracting AIDS. He was 33. Michael went on to dedicate "Jesus to a Child" to Feleppa.

"George was the love of his life and if he hadn’t died, I think George would still be here," Georgiou told the outlet.

GEORGE MICHAEL CAUSE OF DEATH REVEALED

British singer-songwriter George Michael, of WHAM!, in a Sydney hotel room during the pop duo's 1985 world tour, January 1985. 'The Big Tour' took in the UK, Japan, Australia, China and the US.  (Photo by Michael Putland/Getty Images)

"After Anselmo, he didn’t find real love, he had a lot of sex and met lots of people, but he never found what he had with Anselmo," Georgiou alleged. "I saw how happy they were. I think he was quite lost after Anselmo died. It hit him hard."

Throughout his career, his drug use and taste for risky sex brought him into frequent brushes with the law, most famously in 1998 when he was arrested for public lewdness in Los Angeles. Yet, he managed to turn the incident into fodder for a popular song that poked fun at his behavior, and his acknowledgment of his homosexuality at that time made him even more popular with his fans.

He remained a strong musical force throughout his career, releasing dozens of records and touring to adoring crowds despite a growing number of run-ins with police, many of them stemming from a series of driving-under-the-influence-of-drugs incidents, including several crashes.

Michael was an admitted user of marijuana and prescription sedatives and several times was found slumped over his car’s steering wheel after using both at the same time. His driver’s license was finally revoked for five years in 2010 after Michael drove his Land Rover into the side of a Snappy Snap photo shop with so much force that his vehicle dented the wall.

In 2008, Michael was arrested for drug use, an incident that prompted him to apologize to his fans and promise to get his life in order. A year earlier, he had told a television interviewer that his problems stemmed from a self-destructive streak and his attention-seeking nature.

Despite these personal setbacks, Michael’s musical performances remained strong even as his material moved farther from the teen tunes that first brought him to stardom.

"I wanted to be loved," said Michael of his start in the music field. "It was an ego satisfaction thing."

British singer George Michael performs at the Olympic stadium during the closing ceremony of the 2012 London Olympic Games in London on August 12, 2012.  (JEWEL SAMAD/AFP/GettyImages)

Today, Georgiou said he’s still mourning his friend and hoped his legacy would continue to be remembered within the music community. According to the outlet, Michael is buried next to his mother, Lesley, and his sister Melanie, who passed away three years to the day after him at age 59.

"I went to see George’s grave and finally I was happy to see a plaque along with his mum and sister," he said. "It was very emotional because it made it real. I’m very happy this has happened. It took so long. For a while now I have felt that he has been forgotten."

"This time of year is always incredibly hard for me," he admitted. "December is a write-off. [But on Christmas Eve] I did a radio show and played all of his hits."