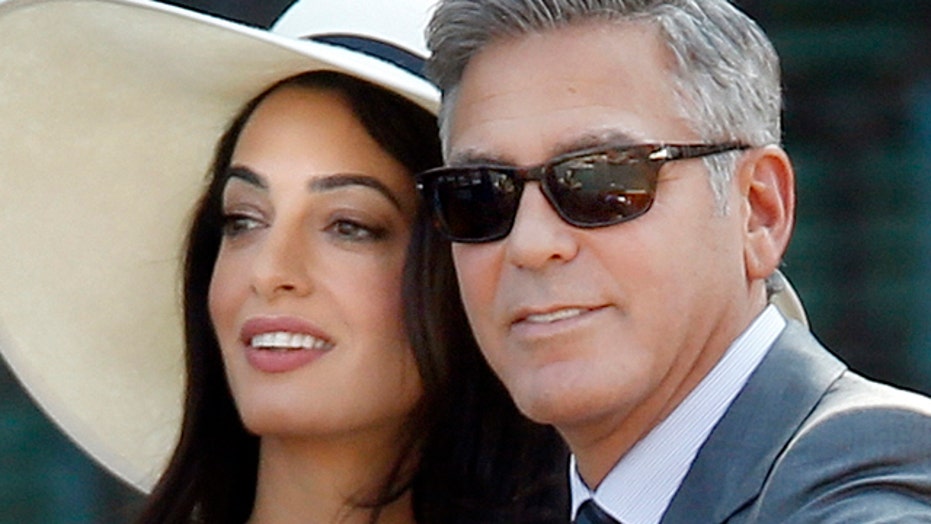 Should women take the men's name?

If you’re looking out for Josh Brolin in the upcoming George Clooney film “Suburbicon,” you’re going to have a hard time spotting him.

Widespread reports had confirmed Brolin would appear in the ’50s-set drama but, after he filmed the scenes, Clooney — who directed the feature — made the tough decision to cut the actor completely.

Clooney told Entertainment Weekly Brolin’s scenes were the “funniest in the movie,” but they just didn’t work.

“We shot a couple of scenes with Josh [playing] a baseball coach that are really, really funny,” he said. “But after we did our first screening, the one thing that became really clear to me was that [the scenes] let the air out of the balloon, in terms of the tension in the film. I had to write him this awful note where I just said, ‘You’re not going to believe it, but these scenes really don’t work anymore.’ He felt bad, and he thought maybe something went wrong, and I said, ‘I’m sending you the scenes, so you can see, they’re actually the two funniest scenes in the movie.’”

Clooney — who co-starred with Brolin in the Coen brothers’ 2016 film "Hail, Caesar!" — said it was a difficult decision and recalled a similar situation that happened to him after filming scenes for the 1998 film "Thin Red Line."

“I remember sitting there with the editor going, ‘F--k! I can’t believe this!’ But I’ve sort of been in the same situation. I did a bunch of scenes in 'Thin Red Line' and then got a call from Terry [Malick], saying, ‘We’re cutting out everything except the very last scene.’ I was like, ‘Please cut me completely out of the movie! Don’t leave me in one scene!’ But, [on 'Suburbicon'], it is one of those where we were just, like, ‘There was no option.’ He was so great in the film. I never like talking about those kind of things because it can be really unfair to an actor, except to say he was just absolutely great in the movie.”

He may have been nixed from this project, but Brolin still has some other big movies coming out over the next 12 months including "Avengers: Infinity War" and "Deadpool 2."