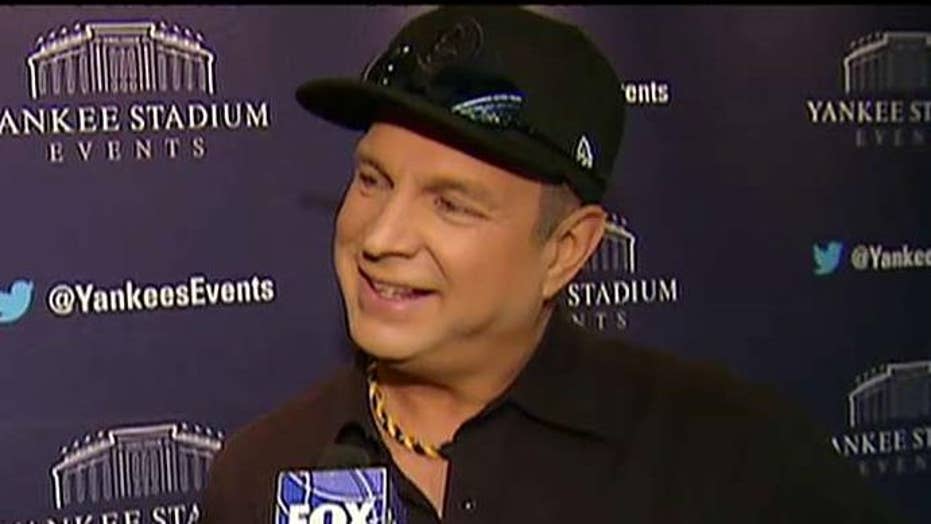 Ainsley sits down with the country music legend

Garth Brooks‘ 2016 will go down in the history books. Now in the second year of his "Garth Brooks World Tour," the country icon has a new big achievement to celebrate: seven diamond-certified albums. Brooks received the news from his wife, Trisha Yearwood, at the end of a tour stop.

“The only artist in the history of music to have seven diamond awards, Mr. Garth Brooks,” Yearwood told the audience.

She’s right — Brooks is officially the first artist in history to receive 7 RIAA Diamond awards for seven albums, which equates to 10 million copies sold. The singer’s albums that have gone diamond are "The Ultimate Hits," "No Fences," "Garth Brooks," "Double Live," "Sevens," "The Hit," and "Ropin’ the World." Brooks shared the news with fans via his Studio G series on Monday, also showing video of he and his crew marking the occasion by popping bottles of Luc Belaire champagne after they counted to seven.

“Seven seems to be the lucky number,” he admits. “I can’t thank you enough for the gifts you have given me including this one right here. When someone buys your record, that’s the sweetest compliment anybody can give you. They’re spending their money, they’re spending their time to go get it and I so appreciate it.”

In another celebratory news, Brooks reveals that his new single will drop on Oct. 13. To commemorate the forthcoming track, he has partnered with Fritos for a special Garth bag of chips, to be available in stores on release day. They have cleverly temporarily changed the name of Fritos to Gitos.