'Game of Thrones' star Joe Dempsie reveals the secret to staying alive on the show, how he underestimated fans

'Game of Thrones' is a series that's not shy about killing off important characters. However, Gendry actor Joe Dempsie believes he's cracked the code to having a long life in the world of Westeros.

[WARNING: THE FOLLOWING CONTAINS SPOILERS FROM "GAME OF THRONES"]

After the second episode of "Game of Thrones" aired, social media exploded with comments about Arya Stark's sex scene with Gendry.

Quite a number of fans expressed how they were very uncomfortable with the rendezvous because they've watched Arya (Maisie Williams) grow up on the show. Many also had concerns over the character's age but Arya is supposed to be 18-years-old and Williams is 22.

The actress responded to the uproar on Twitter. She wrote, “if u feel uncomfortable just know that my mother and my step dad and my 2 sisters and my 4 brothers have all probably watched this too [ahaha kill me ehehe]."

And now Joe Dempsie, who plays Gendry, is speaking out.

The 31-year-old actor told Esquire, "It was strange for me having known [Maisie Williams] since she was 11 or 12 years old and being asked to play out a scene like that." 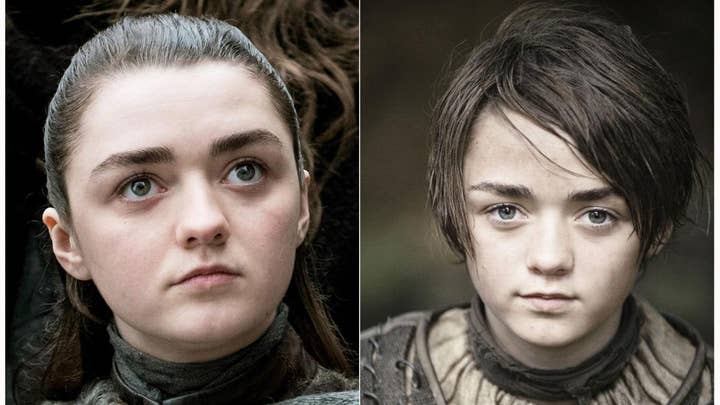 "That discomfort I had initially seemed to have been shared by quite a lot of people who have watched that episode, too. But I found the subsequent conversation actually really quite interesting. What that scene ended up doing was forcing people to confront their own hypocrisy in a way. I think the root cause of that unease and discomfort in a lot of viewers is because they feel like they’ve seen her grow up on screen," he added.

"That’s something that happens to us all — we all start off young and then the majority of us start having sex and we’re all perfectly capable to finding that journey out for ourselves. But we still find it difficult to watch someone else take that journey, say, on a TV screen.”

Dempsie also revealed he originally auditioned for the role of Jon Snow, played by Kit Harington, and two other parts before landing Gendry. "I auditioned for the pilot. I had no idea what 'Game of Thrones' was. Didn’t get it. Kind of forgot about it," he admitted.

"Nobody knew it was going to become the biggest TV show on the planet at that point. It was just another audition…[I] was convinced that they must just think I’m a terrible actor. Then Gendry came along and again I went along to the audition and I think it was three auditions I had… And I was fairly convinced it was the worst audition I’ve ever given," he concluded.