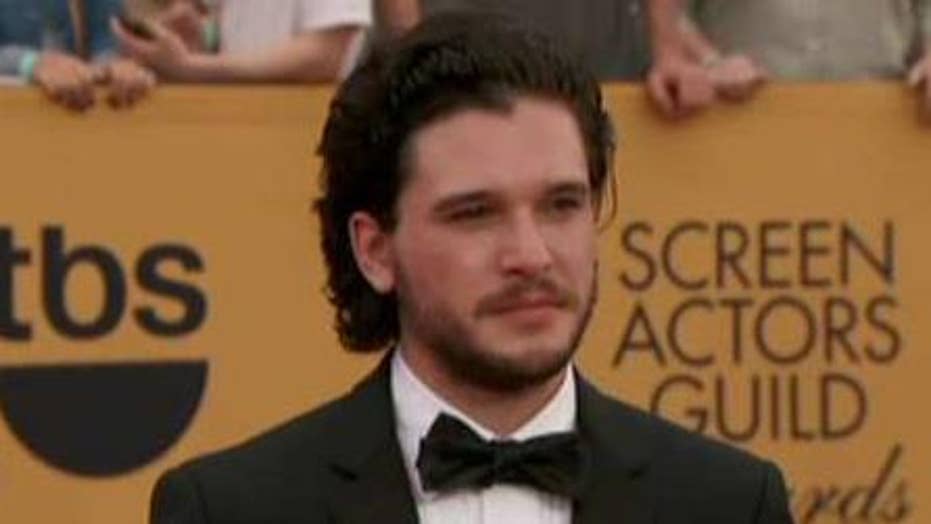 Kit Harington has had a long relationship with his character Jon Snow, and in an exclusive chat with news.com.au, he admits, it’s a relationship he hasn’t said goodbye to yet.

Speaking on the eve of season seven, the "Game of Thrones" star has strongly hinted he’ll be there in the eighth and final season, which is yet to be filmed.

“I have not left Jon Snow behind just yet. He’s still with me. Whenever I finish shooting the last episode, I don’t know how emotional it’s going to be but it’s going to be really strange,” he says.

“'Thrones' has been with me throughout all of my 20s. It’s been a journey, a strange journey. It’s remarkable having come into a show not having done any previous work in TV or film, and it becoming this crazy, big cultural phenomenon. I think I am in a unique position,” he says. “I don’t think it’s happened to too many people, ever.”

Harington says he’s excited not only about the growth in his character, but in the show as a whole.

“When I read this season, the first thing that struck me was how drastically different it is than every season before it. And each year we come around and we say, ‘Oh, it’s different!’ to try to sell the show. But now we mean it,” he tells news.com.au.

“Finally, season seven, there are unions and reunions that we have been waiting for, for so long. Many of them happen but I can’t tell you which ones.”

As for Jon Snow?

“Well, he’s got problems to work out, and that is the same across the board for everyone. We pick up where we left off. Everyone has their same issues and their same problems. No one is in a good place at the start of this season, no one is happy. But then again, when is anyone happy in 'Game of Thrones'?” Harington laughs.

Now 30, he has certainly gone through many milestones during the last few years while playing Snow. “Well, yes. I met my girlfriend on the show (Rose Leslie, who plays Ygritte) and that has been the greatest gift of all.”

One thing he won’t miss are the costumes.

“Oh, It’s so uncomfortable this year,” he groans.

“Usually it’s all right, but this year it changed and the King of the North costume is essentially a heavy leather duvet with another matt of tab leather on top. And with the swords and everything, wearing that all day as it all sits on your shoulders, it adds another 20 kilos.” He shakes his head and laughs.

“I complained about it all year. And they did nothing.”

After many years playing the same character, a role can blur into an actor’s life off-screen. “I have changed as a person. It’s a weird thing playing a character who you’ve lived with all these years, because as they change, you change.”

As to how he’s seen the evolution of Snow, he says, “Well, he’s not the kind of mopey teenager-type anymore. He’s more of a man on a mission.”

With one more season to go, and knowing many of the actors will not make it to season eight; the cast had to celebrate while they were all ‘living.’

“We tried to celebrate and say goodbye to the show in this season, because for those people going into season eight, it’s going to be so hectic and so mad. So we all quietly said goodbye. It’s going to be really emotional for me when I finally leave Jon Snow. It’s going to be strange trying to try to compete with that in regard to what I do in the future.”

The cast has grown up together in many ways. Having worked as a team for so long, he can’t imagine the cast not being a part of his life. “Well, I certainly hope one of the people who will remain in my life is Rose,” he laughs.

“I’ll stay in touch with Alfie Allen (Theon Greyjoy), and I am still friends with Richard Madden (Robb Stark), John Bradley (Samwell Tarly), and Liam Cunningham (Sir Davos); we all meet up and have dinner. We are all very, very close,” he says.

“And Maisie (Arya Stark) and Sophie (Sansa Stark) are like my younger sisters. They started the show when they were 13 and 14 and it’s fascinating to observe them, especially coming from where I was at the start of the show.”

How will the last men (and women) standing commemorate the end of an era?

“Since season one, there have been seven or eight of us who have made it through. If those seven or eight of us make it through to the final season, David and Dan (Executive Producers David Benioff and D.B. Weiss) and I will get the same tattoo. I am going to make them both go first, because I swear they won’t do it,” he laughs.

“So maybe I will commemorate 'Game of Thrones' by getting a tattoo. That’s something that we have to figure out.”